A Sense of Place: The Roman Presence in Cumbernauld

A special project sponsored by the HLF Scotland

S1-S6 Art & Design pupils enjoyed finding out about the Roman presence in Scotland, especially in the Cumbernauld area, during a series of visits to Bar Hill Roman fort and the Antonine Wall, The National Museum for Scotland, Kelvingrove Art Gallery & Museum, and The Hunterian Museum. These trips all took place in June and were fully funded by a generous ‘Stories, Stones and Bones’ grant from the Heritage Lottery Fund Scotland as part of The Year of History, Heritage and Archaeology 2017.

The local heritage sites identified for the project were Bar Hill Fort and the Antonine Wall, which lie a few miles from Greenfaulds High School near Twechar and Croy. A small group of fourteen S1-S4 pupils visited these heritage sites on Thursday 15th June for the afternoon. Along with Mrs Macdonald and Miss Armstrong, pupils walked to Bar Hill fort from the access route at Twechar. The fort is at the highest point on the Antonine wall and pupils had to climb up a steep hill to reach the site. Pupils took part in a scavenger hunt and they had to explore the fort and read the information displays to find out more about Bar Hill and the Antonine Wall, which are part of the Roman frontier and a UNESCO World Heritage Site.

Today, little remains of the fort and the wall. The wall was constructed from turf with a stone foundation in AD 142, and when the Romans abandoned the fort they dismantled a lot of it. Archaeologists in the late 1970s/early 1980s found building columns and wooden beams had been thrown into the well of the fort and they also unearthed lots of other objects too, such as leather shoes, coins, amphora and alters. Many of these artefacts can be seen in The Hunterian museum in Glasgow.

The pupils found out lots of facts about the fort and the wall. For example, they were built by the Twentieth and Second Legions in the reign of Emperor Antonius Pius. The wall stretched for 37 miles across Scotland, running from the Clyde in the west to the Firth of Forth in the east. By visiting the site, the pupils discovered that different parts of the fort are still visible, such as the principia (headquarters), bath house, and well. At the end of the trip, they walked along the remains of the Antonine Wall towards Croy, just missing the rain shower! Well done to Erin More (S2) and Niomi Lee (S2) for winning the scavenger hunt!

On Monday 19th June twenty-nine S1-S6 pupils visited the National Museum of Scotland in Edinburgh with Miss Armstrong, Mr Daniels, Mrs Macdonald and Mrs O’Neill. Pupils visited the Early People gallery and took part in a series of teacher-led Roman artefact handling sessions and then drew Roman artefacts, such as cavalry masks, amphora and coins. The National Museum of Scotland had lots of artefacts and displays which provided information about the Roman presence in Scotland. Pupils saw lots of Celtic and Pictish artefacts in the Early People gallery also, and later visited the rest of the museum to see the artefacts and displays – everything from world cultures to natural history to technology! Pupils had a great day out and their drawings of Roman artefacts were brilliant. Congratulations to Alex Gordon (S2), April Chapman (S3), and Jamie Buttenshaw (S4) for winning prizes for their drawings!

On Tuesday 20th June thirty-four S1-S6 pupils visited Kelvingrove Art Gallery & Museum and The Hunterian Museum with Miss Armstrong, Mr Daniels and Mrs Macdonald. Pupils were given an informative guided tour of Rome’s Final Frontier exhibition at The Hunterian Museum by Liz D’Arcy (student of Classical Civilisation and Celtic Studies at The University of Glasgow) in the morning and afternoon, and they saw objects which had been found at Bar Hill fort and the Antonine Wall near Greenfaulds High School. These artefacts included statues and distance slabs with Latin inscriptions. They also visited Kelvingrove Art Gallery and Museum and enjoyed seeing the artefacts and artwork on display there, including watercolours by Joseph Crawhall and oil paintings by Henry Matisse, Vincent van Gogh and S.J. Peploe.

You can find out more about the Antonine Wall at the website www.antoninewall.org

Next session, S2-6 pupils throughout the Art & Design department will take part in different practical activities which will allow them to learn about Roman culture and the Roman presence in Cumbernauld. Activities include drawing and painting, ceramics and printmaking (August-March). The Scottish artist and illustrator Kate Leiper is going to visit the school to hold a day’s workshop with pupils in August, which will help them create characters for an illustrated brochure about the local heritage sites, and a workshop (Roman feast wall art) will be held at Redburn School to help the pupils there learn more about the Romans too. From term two onwards, exhibitions of the pupils’ artworks will take place in Greenfaulds High School and at the local museum in Cumbernauld to engage the wider community with their local heritage. The Art & Design department look forward to seeing you at these HLF Scotland sponsored exhibitions! 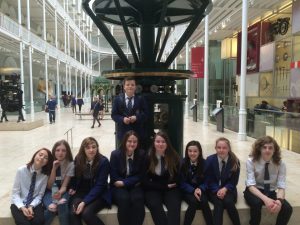 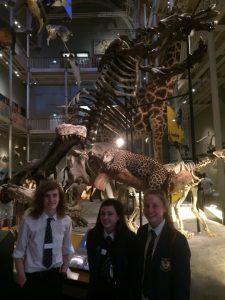 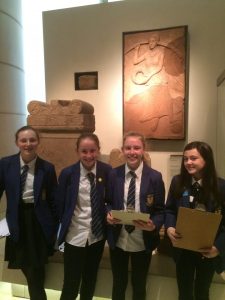 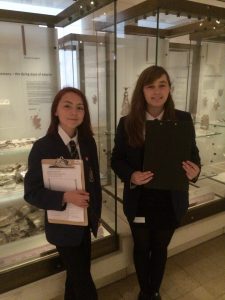 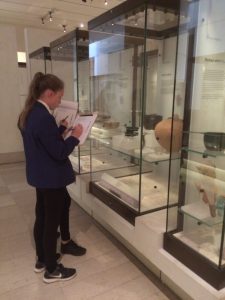 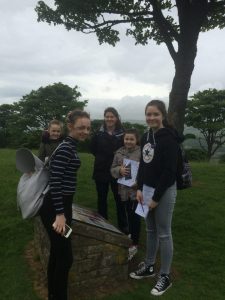 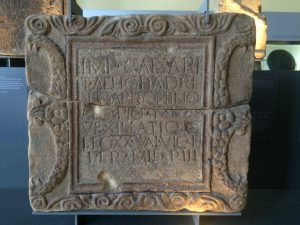 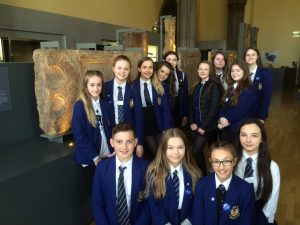