Learning through religious education enables children and young people to:

In addition to developing their understanding of the Catholic faith, children and young people will also learn respect for, and understanding of, other Christian traditions.  They will also come to an appreciation of significant aspects of major world religions, recognising and respecting the sincere search for truth which takes place in other faiths.  Where appropriate they will learn similarly about stances for living which are independent of religious belief.

The process of learning in religious education in the Catholic school can be seen as a journey of faith, a quest for personal growth and response within the community of faith. 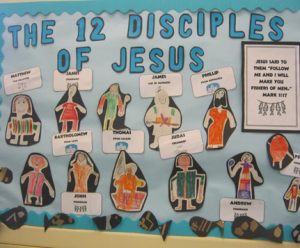