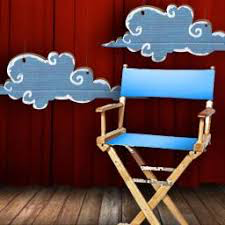 Our first week of animation involved gaining a background knowledge of the area and planning our own animation. Prior to this input, I had no previous experience working with animation, of course I have viewed animation clips. However, I have never looked into what is involved to make them.

Animation involves “Stringing together a sequence of static images, generally so that they appear to move” (Jarvis, 2015, p.89) Although, the description of animation that I liked was that it ‘breathes new life into something that wouldn’t normally move.’

In class, we started looking at a few different animation apps, to allows us to gain a bit of knowledge of how they work. The two we looked at were Puppet Pals and iStopMotion. There are creator apps that allow you to start from scratch inserting your own clips using a variety of themes, characters and tools. This allowed me to explore animation and from this, I realised how complex it actually is. According to Moving Image Education there are five different types of animation which are:

For a bit of practice, I started using the Puppet Pals app. I created a short animation based on the classic fairy tale story Cinderella. Within this I included voice overs to help tell the story, movement of the characters across the screen and characters changing size as they moved on and off the screen. 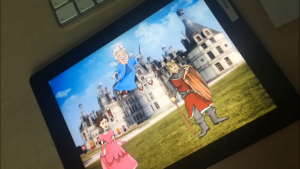 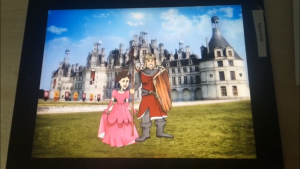 I enjoyed working with the puppet pals app to a certain extent, however, I thought it was quite hard to work with and took a lot of time to produce a very short animation clip.

We then went on to work with the iStopMotion app, with this we created an animation with bendy men. This app proved much easier to work with, and produced a more realistic animation. However, the bendy men were impossible to work with. They never stood on their own, which required them to be stood up against something which made the animation very unrealistic as it was impossible to take clips without your hands being in.

After working with both the apps, me and my partner Keryn went on to plan our animation that we are going to carry out next week. We were required to make an animation about a natural disaster, and were given a story board sheet to help us. We chose to create a volcano eruption animation and include some teaching points in it also. 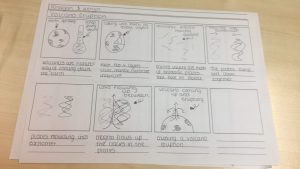