On the 16th November, 2015, from 4.00-5.00pm, Education Scotland is hosting an exciting event in collaboration with Edinburgh Genomics – giving practitioners a chance to converse with some of Scotland’s leading experts in modern genomics research.

Edinburgh Genomics is embedded in the rich academic environment of the University of Edinburgh, offering genomic sequencing and bioinformatics services across the fields of medical, veterinary and biological sciences.

This twilight session has been organised in accordance with the specifications of the DNA and the Genome unit of the CfE Higher (H4KD 76). The session will be hosted by Karim Gharbi, Head of Genomics, who will explain the concepts of sequencing and bioinformatics; describing the cutting-edge technologies used at Edinburgh Genomics in this highly powerful and ever-developing field of scientific research.

This will be immediately followed by a second discussion hosted by Mark Blaxter, Director of the Genome Science Division, who will discuss the many applications for genomic sequencing, such as phylogenomics, comparative genomics and possible clinical applications.

The previous Commander of the International Space Station delighted, entertained and inspired us with his videos detailing life in space. He showed us how to make a sandwich in space, how he brushed his teeth, and even recorded his own version of a famous David Bowie song, Space Oddity.

On Tuesday March 24th at 2.30pm, Commander Hadfield will be on Glow TV answering pupils’ questions about science, space and the Universe.

What was his most terrifying moment in space? What does flying a rocket feel like? How has he adjusted to life back on Earth?

We will be selecting the best questions and these pupils will have the opportunity to ask questions live directly to Commander Hadfield on the day!

Submit your questions to glow.connect@glowscotland.onmicrosoft.com before 20th March with the title “Ask an astronaut”. Don’t forget to include your pupils’ names, ages and school. To register for the event, click here (Glow log-in required).

Professor Martin Hendry, Head of the School of Physics and Astronomy at the University of Glasgow, is visiting Ardrossan Academy, on the afternoon of Monday 3rd of November, to deliver a talk on the astronomy and cosmology content in the CfE Higher Physics course.

In order to allow as many students as possible to experience this event, Ardrossan academy has kindly agreed to host a Glowmeet to stream the talk live. After the event the talk will be available in Glow TV’s Watch Again.

Register to take part in this event.

If you do not receive your confirmation of registration email please don’t worry you can still join the event live on the day by following this link – Higher Physics Astronomy and Cosmology.

A reminder too of tomorrow’s professional learning Glowmeet.

Particle Physics features in the new Higher and Advanced Higher courses.
For those who would like to brush up on your knowledge of this topic, a Glowmeet will be run on November 6th a 4 pm (“doors open” 3:30 pm) featuring Dr Aidan Robson of Glasgow University. Aidan will cover the theory for the new courses and will then answer questions from participants.

If you would like to join the Glowmeet, please let us know by emailing sts@sserc.org.uk with your Glow username and your school email address.
This is the first of a series of Glowmeets covering new Senior Phase topics. It is the result of a partnership between Education Scotland, SSERC, STEMNET and SUPA

Meet the Engineer with Primary Engineer.

Ask your pupils the question ‘What would you do if you could be an engineer in Scotland?’ to help them formulate their answer we have a series of Glow Meets interviews with engineers and a Glasgow based solicitor who can tell you how to protect your ideas!

For the third year in a row Education Scotland supports this award as an exciting and relevant way for students from primary and secondary schools in Scotland can discover more about the impact and diversity of engineering, alongside paths and routes into this amazing career.

The list of all the dates and speakers is shown below and their bios can be found on the leaders award website http://leadersaward.com/index.php/corporate/glow-meets

If you would like to sign up for the glow meets please visit the GLow TV listings https://portal.glowscotland.org.uk/establishments/nationalsite/GlowTV/default.aspx

Entry deadlines are the 12th February 2014 with awards being presented in Glasgow alongside a public exhibition in March 2015.

We’re currently developing our new context for STEM Central, “Rescue Vehicles”, with a focus on sciences at second level. The planned Ready for Winter? glowmeet on 25 October, 11.00 am could provide a perfect lead in to this sciences work.

With the first autumn storms sweeping across the country, widespread flooding and gale force winds already affecting communities up and down the country this is your chance to reflect on what you can do to prepare for the winter ahead. We will mark this year’s ‘Ready for Winter?’ campaign with a Glow Meet when top tips on how to prepare for severe weather will be explored by the Red Cross and others involved in preparing Scotland for emergencies.

Along with the opportunity to interact and ask questions, you can find out about the winning entries of the 2012/13 ‘Ready for the Year Ahead’ calendar competition. The event will also feature pupils and staff from Crookfur Primary School who will share their experiences and work on resilience education and emergency planning.

For full details of these and other events, please log in to Glow and view the current schedule (Glow log-in and password required).

A date for your diary, join us on Glow TV on Monday 3rd September 16:00. Twig World (the creators of Glow Science) has upgraded its content on Glow. This is an opportunity to chat directly with the Twig team about how Glow Science can support the curriculum, and share practice with other practitioners.

For full details of this and other events log in to Glow and view the current schedule:

How do we rescue people in the event of major emergencies such as floods? This time last week up to 150 people were rescued from flooding in Wales, some of them by RNLI lifeboats and by rescue helicopter. In our STEM Central Rescue Vehicles context, aimed at second level, we will explore the science of lifeboats and rescue vehicles. The full Ready for Emergencies? resource is available on the Education Scotland website. 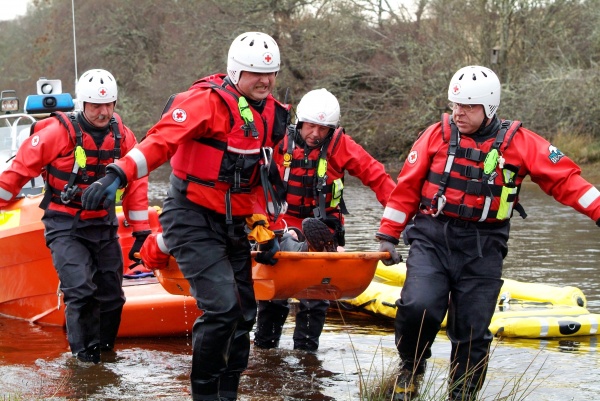 Participating in in-service today provided an opportunity to talk with practitioners around learning and teaching in science and share some of the ways in which Education  Scotland can provide support. Issues explored included assessment and moderation, a shared understanding of standards, progression, meeting the needs of learners, transitions, using effective partnerships and keeping the curriculum alive and relevant to inspire young learners.

The following were used to exemplify support for practitioners:

Marks on the Landscape

STEM Central in Motion blog – sharing by practitioners and partners

Do you want a career with global opportunities? Are you interested in working for a pioneering industry? Do you want the chance to earn as you learn?

Join our World of Work Wednesday event to hear from oil & gas professionals to hear what types of jobs are available in the industry and what it’s is really like to be part of a dynamic sector that offers excellent rewards for hard work!

Also you’ll get the chance to ask real-life professionals anything you’ve ever wanted to know about oil & gas.

From HR to PR, drilling to design, accountancy to apprenticeships, onshore and offshore there’s something to inspire everyone.

So why not sign up and join us on Wednesday 14th March at 2pm to find out all about it?! – WOWW – Explore Your Future in Oil and Gas

A series of interactive and lively Glow meets

In November this year, the Intergovernmental Panel on Climate Change launched a report warning that climate change is likely to lead to more extreme weather. Within weeks of this launch, Scotland was battered by severe flooding and hurricane-force winds which brought much of the country to a standstill. Is our climate already changing? What will climate change mean for Scotland? How can we respond positively and adapt to the changes ahead?

We’re inviting your school to join the great climate change debate. We’ll be bringing together a panel of scientists and experts to answer questions, spark debate and discussion and help learners navigate their way through climate fact, fiction and controversy.

Each Glow meet will take place from 2pm to 3:00pm. These events will be aimed at learners in secondary schools but classes in upper primary will be welcome to participate.

Please see links below for further details about each event: