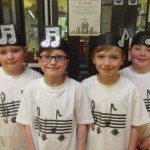 Another super performance by the children of St. Joseph’s took place on the evenings of Wednesday and Thursday 12 and 13 June respectively. P4 and P5 performed Peter Pan to a sell out audience on both nights with P6 & P7 presenting some gritty performances as the cast embraced the musical ‘Oliver’.
The audience were in awe of all the children as the show opened with a performance from the full scale school orchestra. The ensemble played in perfect tune culminating in a fantastic performance of the theme from James Bond.

Without further ado P4 and P5 took up the baton to produce an entertaining and sometimes hilarious show of Peter Pan. The mood then turned a little more serious and sombre as P6 & P7 performed Oliver.

Among the audience was a number of VIP guests including local dance teachers who had helped prepare the children and the local priests. However, the comment of the evening came from the Education Spokesperson for the council, Richard Trail, “It was a wonderful show. The staff and pupils have put in an enormous amount of work to put on 2 musicals in one evening. It was terrific and a privilege to be invited along”. 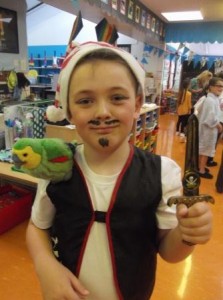 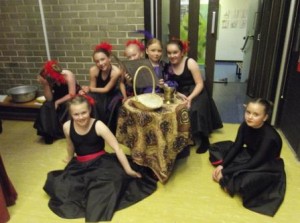