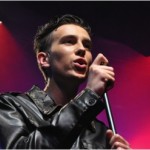 Last week, a cast of over 40 pupils from Oban High School wowed audiences at the Corran Halls for four nights with their production of We Will Rock You. The musical, written by Queen and Ben Elton celebrates the hits of the eponymous rock band through a futuristic comedy tale.
Following their sell-out success two years ago with Little Shop of Horrors, the school were determined to raise the bar by attempting one of the biggest shows available. This involved a production team of over 30 staff and volunteers working hard to create a show that closely rivalled its London counterpart.
OHS Pupil, Kyle McKechnie who played principal character, Britney in the show reflected on the cast’s efforts:
“It was such hard work, but it was absolutely worth it. Everyone in the cast had such an amazing time making the show, and the buzz of being on the stage was unbelievable.”

The process of creating this show had a huge impact on pupils’ experiences. It allowed them to develop their confidence & self-esteem, with many of the cast being on stage for the first time in front of a large audience.
It also helped to further pupils’ knowledge of the theatre. Many of the pupils have studied music and/or drama academically in school. The show allowed them to apply skills and knowledge that they have learned in class to a full-scale production. This enhanced their understanding of key concepts.
Pupils also benefitted from the social interaction between cast members, which improved their mental health & wellbeing. By forming close working relationships and friendships with others from a range of backgrounds and year groups, it gave pupils the chance to develop their communication skills. It also helped to develop empathy amongst the cast.
One audience member stated:
“I have seen the London show, and these guys were just as good. I couldn’t believe that I was watching school pupils!”
With another successful sell-out show under their belt, Oban High School’s Performing Arts Department are going from strength to strength. The entire production certainly followed up its promise of rocking the town. 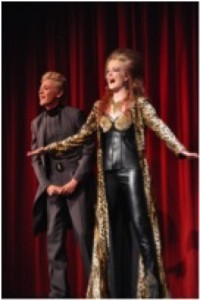 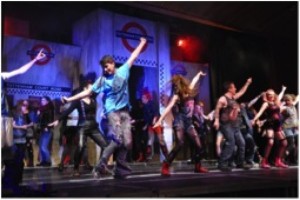