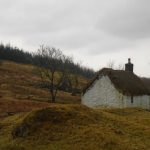 We went to Auchindrain Museum to see the houses and how people lived in the olden days because our school topic is Our Heritage.
We saw the new house which is already about 75years old! The owner of Auchindrain is called Catty Cat and he looks after Auchindrain. (He is a cat)
We had a look at the Wise woman’s house – she made people better by using herbs and some poisonous plants, but by using a little bit of them it made people better.
The word for Wise woman and old lady is the same in Gaelic and it means witch.

We found out some new facts including:
children aged 3 would have to work
they would walk 6 miles to get to school and back
they would not wash their hair every week!
they had to make or grow their own food
in some houses the animals would sleep in a room at one end.

We made pancakes on an open fire and Cathy showed us how to make paper flowers. They would make these in the winter to sell to people to make their houses look brighter. 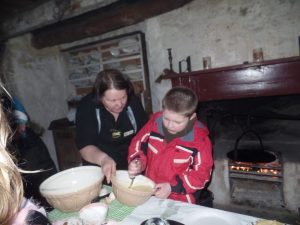 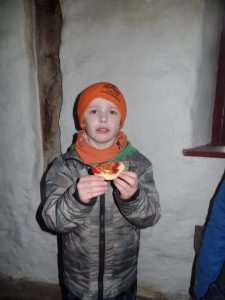 We really liked seeing the real box beds and found out that people in those days would be smaller than they are now.
We would advise that you visit Auchindrain to see what life was like in those days. 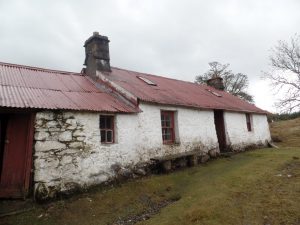