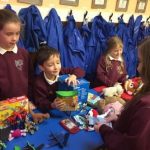 The children of Drumlemble Pupil Council decided that they wanted to raise money for the victims of recent Hurricanes.  They researched this and decided that buying Gerry Cans was the best idea.  After discussions with their classmates, they came up with the idea of running a Bring and Buy Sale.  In addition to the toys, games and books, one of the children had baked cakes which were sold as well.

All children in the School from Pre-5 to Primary 7 were invited to bring in toys, games and books which they would like to sell and on Friday 24th November, the pupil council set up their stalls.  All children had the opportunity to visit the stalls and purchase from them.

The children had set themselves a target of raising £35, which would buy one Gerry Can.  They were very pleased to have raised over double this, £72.20.  This will buy 2 Gerry Cans. 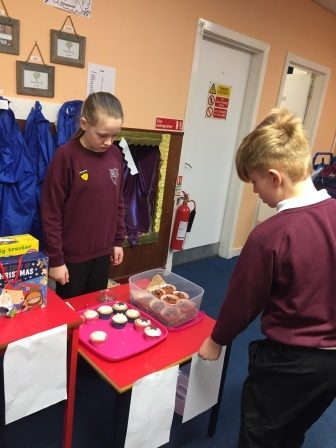