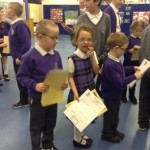 After last Terms IDL on the Scottish Parliament, where the children of Primary 7/6 researched how a democracy works and how elections are run, the children and staff of St. Mun’s went to the polls to cast their votes on who should represent the School for the session 2015/16. 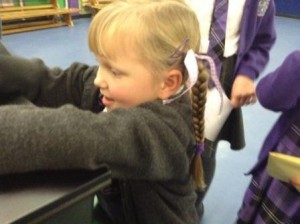 The Primary 7 children, candidates for Head Girl and Boy, appeared just as nervous when the polls opened as they had done while delivering their election speeches to a packed assembly the week before. While those not standing for election set up the polling station and acted as Polling Clerks. 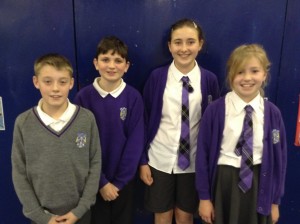 The elected children will be responsible for listening to the voices of their peers and representing them at pupil council meetings with the senior management team.
Congratulations everyone.