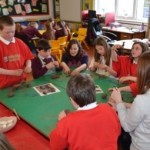 In late spring of this year, pupils from Drumlemble and Carradale Primary Schools took part in an innovative project created and delivered by the Kilmartin Museum education team. The main focus of the project, was the Campbeltown museum objects of the Iron Age/Early Historic period. The pupils enjoyed many days of input from the team and field archaeologist Roddy Regan as well as professional workshops with Lucinda Hopkinson, Sian MacQueen, Philip Price, Mandy Haggith and Jenny England. 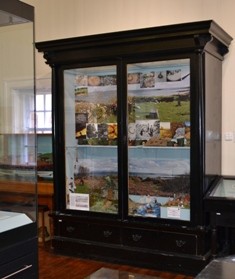 Site visits included the Campbeltown museum and a visit to the Iron Age fort – Kildonan Dun. Classroom workshops involved jewellery making, model building, photography, story writing and music respectively. An exhibition of the pupils’ fabulous completed work has been on display in the Campbeltown museum and remains open to the general public until early December 2015.