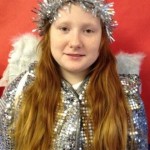 The School’s choir took to the stage first with a carol concert, which included festive readings and monologues as well as soloists and festive favourites, which had the audiences joining in.

This was followed by ‘Prickly Hay,’ a Nativity set in the stable at Bethlehem, which tells the story of Sam the stable boy, who thinks that no-one notices the hard work he does cleaning out the hay and looking after the animals and his friend the Shrew who, along with various visitors to the stable, including the Baby Jesus himself, shows him that even the little things you do make God proud.

Councillor Morton, who visited the school during busy rehearsals and last minute preparations, commented on the happy, infectious ‘buzz’ in the school and was sorry she couldn’t stay for the show but insisted a DVD copy be forwarded to her. The scripted was adapted by Primary 7 to allow each of the classes to perform one of the musical numbers. Songs and dances were rehearsed in class with support and guidance from teachers and support staff, bringing it altogether on the stage to make it a truly ‘whole school’ performance.

The shows ended with a rousing rendition of, ‘So Here It Is Merry Christmas’, which all classes had rehearsed during music lessons and which could be heard resounding throughout the school from late November.

In her closing address, Mrs. Fisher thanked pupils and staff for their hard work, team spirit and dedication in putting together such a wonderful performance.

The children are now looking forward to reviewing their performances on DVD, filmed by an ex pupil who transferred skills taught from a filming project she had participated in last year while in Primary 7. 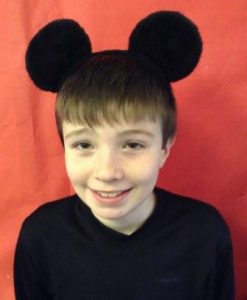