Vaila played 2 characters…2 completely opposite characters. Vaila was Cinderella’s wicked step mother and Cinderella’s very lovely Fairy Godmother! Vaila did a fantastic job, she switched from evil laughs for the wicked step mother to beautiful singing for the Fairy Godmother. Vaila opened our show with a beautiful solo song. She terrified the audience as Lady Tremaine and ‘wowed’ the audience with her magic as Fairy Godmother. Vaila had very (very!) quick changes from one character to another between scenes. She also had 4 solo songs to sing but Vaila managed this seamlessly, she was born to be on stage! While I was struggling back stage to get Cinderella quickly changed  into her ball gown and glass slippers, Vaila entertained the audience with a lovely dance that was completely unrehearsed! Well done on an outstanding performance Vaila. 🙂 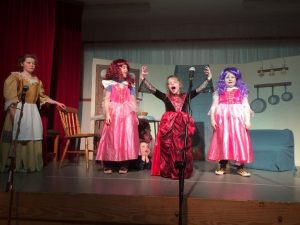 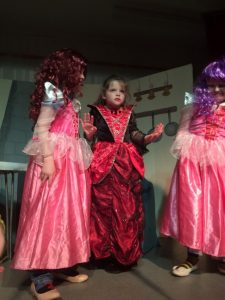 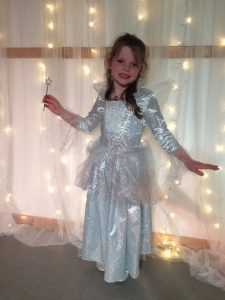 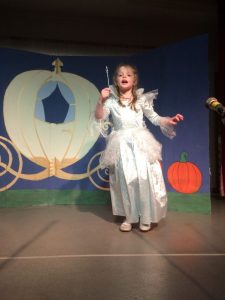 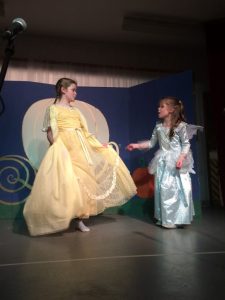 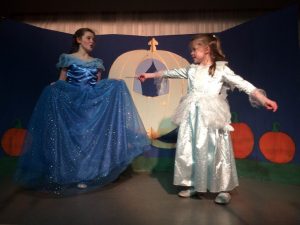