North Roe School opened in 1878 but there were “schools” in North Roe before this event.

Local research indicates that random “schools” existed in or near North Roe prior to the 1872 Act. For example, over the years “laer” was imparted at the North Haa, Houll and Grindwell. James Inskter built a school on the east side of Sandvoe at Orrick where he taught local boys reading, writing etc. as well as practical lessons in how to handle a boat and seacrafts. This Mr Inskter was also a Methodist local preacher who went as far as Skeld to take services. The Methodist Church ran a Day School at Fairview from 1859-1873.

The Education Scotland Act of 1872 required that schools be built, and education became compulsory throughout the country. Practical considerations prevented immediate implementation in many parishes. In North Roe it was 1878 before the new school was completed. The school was opened on May 1st, with pupils travelling long distances from as far afield as Skinnisfield (East of Fedalaand) and Skelberry. It was three weeks before pupils from Skea arrived, and exactly one year before any came from Uyea.

When side schools at Uyea and Lochend were established children from these villages did not have to undertake the marathon trek to North Roe until they were at least ten. The North Roe headteacher had to pay periodic visits to the Side Schools to oversee the running of them. Lochend however, ceased to be a feeder school in August 1930 when it was raised to the status of Public School following some excellent reports by visiting inspector, Mr Walker. The teacher at that time was Miss Annie Jamieson. She was succeeded in 1933 by Miss Joan Anderson (later Mrs. Inkster) who continued teaching at Lochend until the school was finally closed.

The Uyea Side School was discontinued in July 1938 and two Laurenson children transferred to North Roe.

In the first twenty years of the school the roll was at its highest with almost 100 pupils attending. At the time several young men aged 16 or 17 went to school during the winter months; in summer they went to the Haaf Fishing from the stations at Fedalaand, Uyea or Sandvoe.

From the beginning of the twentieth century there was a steady decline in numbers until WW2. From 1940 to 1944 the roll was as low as 8. A gradual improvement thereafter followed by the closing of the Lochend School brought the total up to 34 again on 1st May 1950. In August of the same year, however, when the Urafirth School opened, ten pupils over the age of 11 left and North Roe total was reduced to 24. When Urafirth School Secondary department closed in 1969 the pupils transferred to Brae Junior High School. In 1993 Brae became a full High School with pupils now completing their education up to 18 years at Brae.

By 1958 school meals were delivered from Urafirth. When extensions were built to North Roe in 1962 a kitchen was included. There has been a succession of excellent cooks Doras Johnson, Berna McIntyre, Harriet More, Linda Copland, Betsy Williamson, Harriet Robertson, Lynette Laurenson.

The school was further extended to provide a second classroom and staff room in 1990.

In the centenary year, 1978, there were 17 pupils attending the school. Now in 2018 there are 9 pupils. The roll is projected to increase slightly in the coming years, with 2020 indicating an expected roll of 13 pupils.

With thanks to Mr Louis Johnson for much of the information contained in this article. 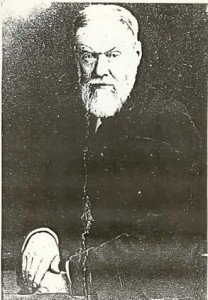 Robert S Bremner was the first Headteacher of North Roe Primary School. Mr Bremner left a legacy to the school which is used to this day.