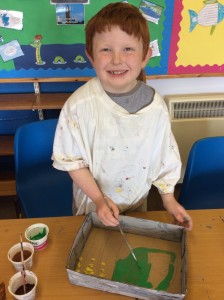 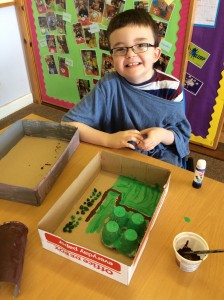 Primary 2 and 3 chose WWII as their topic this term. They have been learning about the home front during the war and how food in Britain was rationed. This was because Germany was torpedoing the ships that brought food to Britain. The British government put up posters everywhere, encouraging people to ‘Dig for Victory’ 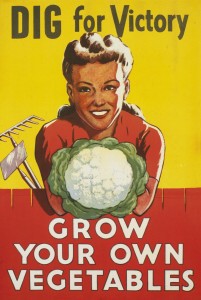 So many people in Britain grew vegetables in their gardens. Lots of people also built Anderson Shelters in their gardens to protect them from enemy planes dropping bombs. Primary 2 and 3 had to imagine they were living in Britain during the second world war. They had to design a garden that they could use to ‘Dig for Victory’ and also for protection from air raids. Using a variety of materials the children created wonderful gardens. There was a prize to be won for the best war time garden.