Thank-you so much to Mona and Sven for coming in to talk to us about South Africa. Mona is from Shetland but she worked as a midwife in South Africa for many years. Mona and Sven both lived in South Africa through the terrible apartheid era. It was very interesting to hear how much the country has changed since then. Mona spoke to us about Nelson Mandela and how he stood up for equal rights for everyone in South Africa. Mona even met Nelson Mandela and showed us a picture! Thankfully South Africa is now a democracy and the racist apartheid laws no longer exist, however the apartheid regime left a lot of people in South Africa living in extreme poverty. Mona told us about how she wanted to help children who were living in poverty so she set up a charity called ‘From Shetland with Love’. Mona spends a lot of her time fundraising in Shetland then she goes over to South Africa and uses the money raised to help orphanages and schools in South Africa and Lesotho. We had a great time listening to Mona’s interesting presentation and learning how to sing the South African National Anthem in the language of the Zulu people. 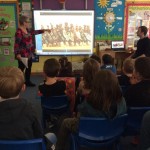 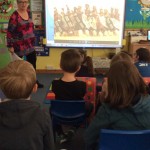 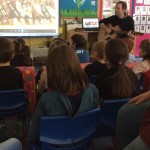 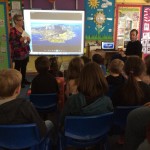 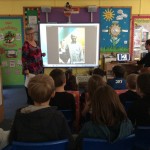 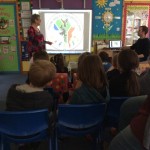 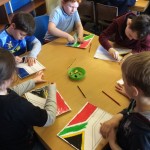 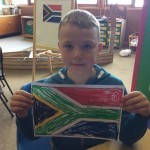 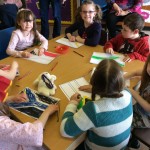