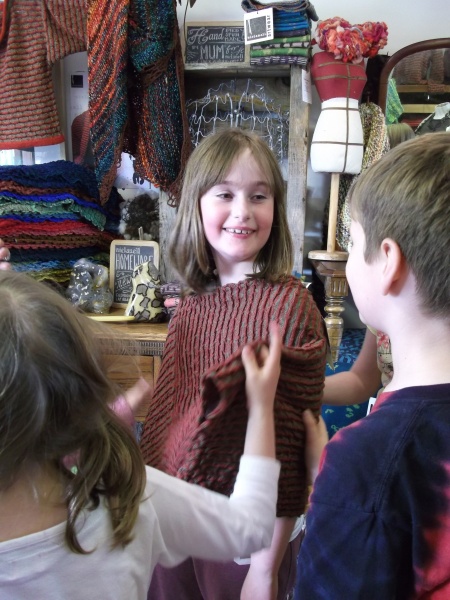 On Wednesday 19th June 2013 we went on a school trip to the Mainland. We went to this amazing shop called Nielanell’s and there were 2 people that worked there, they were called Minty and Neila. They sold scarves jumpers and the patterns were based on snakes, elephants ears, fish scales and crocodile skin. Neila laded out the different types of wool from different types of sheep and wile Neila was telling us about the sheep Minty was showing us the type of sheep, but one of them was manmade but the rest were from different sorts of sheep.