Our P3s had a fantastic time today performing their scripts on the Gaiety stage, exploring the theatre and finding out about the different jobs and skills needed to put on a show. A huge thank you goes to Gordon and Robbie for developing this project. We have really enjoyed taking part.

P5, 6, 7 had great fun today rehearsing and performing 1719! with the Scottish Opera.

1719! travels back to a key moment in Scottish history to tell the story of the Jacobite Scots locked in a desperate struggle to restore the House of Stuart to the throne of Great Britain, while the Hanoverian King George argued with other European rulers over the lands and riches of the New World. King Philip of Spain sent troops and money to help the Jacobites in an attempt to distract the British government from this dispute.

Pupils went back in time 300 years when the Jacobites and their Spanish allies gathered in Glen Shiel for battle with King George’s forces, in what was the last close engagement of British and European troops on British soil.

It was an amazing way to learn about one of the most dramatic and exciting periods in Scottish history.

Earlier this week our P7s went to visit the Sky Academy to find out how a news report is put together. They had the opportunity of putting their creative and collaborative skills into action to produce an information report about the damage plastics are doing to our oceans and what we can do to help this.

Primary 5 and Primary 6 entertained the parents and families at ‘The Big Sing’ this morning. They performed a selection of rock anthems and festive songs. Thanks to Ms Nelson for all her hard work.

A huge congratulations to the pupils in Primary 4 to Primary 7. Their school production of “Robin Hood and the Sherwood Hoodies” was fantastic. The audience left with smiles on their faces at the great performances and one-liners! Thank-you goes to all the staff for staging the show. What an achievement! 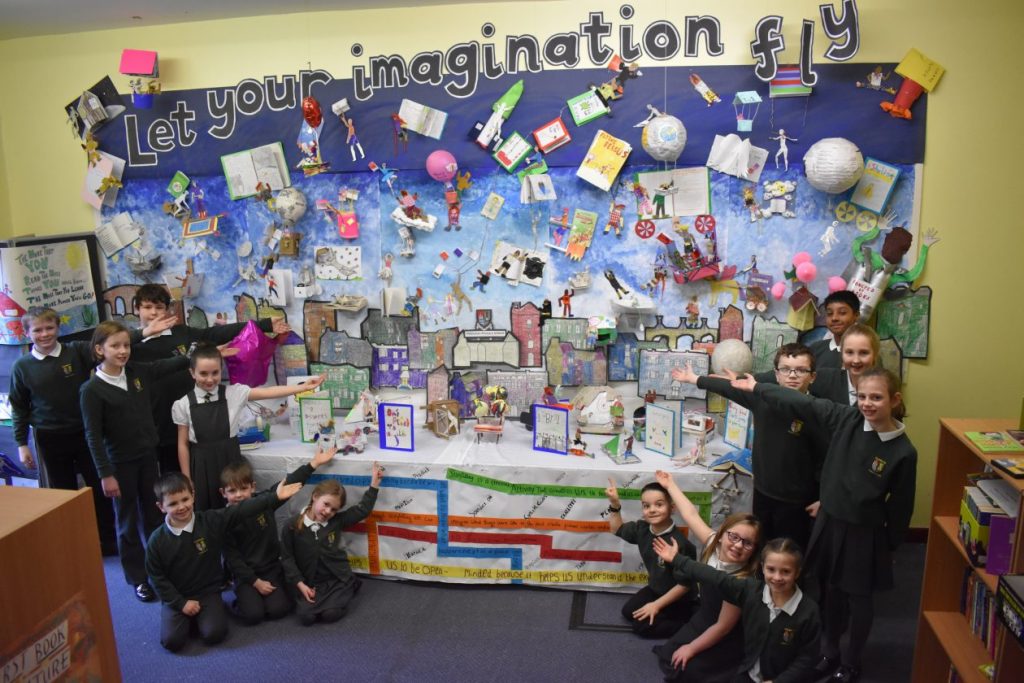 Our display for World Book Day is now complete! Thank-you to all the staff, parents, grandparents and clubs that were involved in bringing this work together – it has been a real team effort. Please have a look at the World Book Day 2018 page under the ‘Creativity’ tab at the top of the page or click here to find out more.
Please leave us a comment and tell us about your favourite book on that page too.

Article 29
Your education should help you use and develop your talents and abilities. It should also help you learn to live peacefully, protect the environment and respect other people.

Well done to all our pupils reaching the Burns Poetry Recital Competition 2018. The standard was very high and the judges had their work cut-out. A big thank-you goes to Mr. Gemmell for being our guest judge this year. We were also entertained by some of our musicians and P5 and P6 performed ‘Auld Lang Syne’. Once again a very enjoyable event.

Article 28
You have the right to a good quality education. You should be encouraged to go to school to the highest level you can.

Our P4 – P7s enjoyed a trip to the Glasgow Concert Hall today. This was the opening  concert and was a celebration of 25 years of the Celtic Connections Festival. Now well ingrained into Glasgow’s cultural life, the festival has gone from strength to strength. This morning’s concert  featured performers that have helped make the Festival what is, including Orkney’s Saltfishforty and the Highland quintet, The Elephant Sessions. The pupils enjoyed dancing to the music.

Article 31
All children and young people have a right to relax and play, and to join in a wide range of activities.

Well done to our P3 and P4 Dance Club. They achieved second place in the South Ayrshire Dance Competition. We would like to thank the Belmont Dance Leaders – Rachel and Sarah – for choreographing and leading the Dance Club. All the pupils thoroughly enjoyed themselves – and half of the pupils had already performed a Nativity before this event too! Congratulations to all the boys and girls.

If any parents would like to help out and support at any of our existing clubs or start a club, please contact the school.

We really enjoyed sharing our learning and performing to our friends and families during our Scottish Showcase. To celebrate St. Andrew’s Day each class studied an aspect of Scottish Culture and learned a Scottish song. P6 and P5 also shared the social dances they had learned for the Day of Dance in Troon. We found out all about the diversity of Scotland, the food, famous Scots, artists, Viking attacks, the Wars of Independence and the History of Ayr. The show was a complete sell-out. If you saw the show, please leave us a comment. 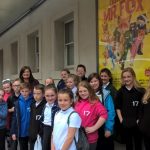 Yesterday, our Drama Club went up to Glasgow to watch a performance of Fantastic Mr Fox. They had the opporutnity to  reflect on how professional actors perform and how shows are staged. They all had a fantastic time! The cost of this trip was covered through a grant award to the Drama Club earlier this session.

Congratulations to our P1 class for coming second in their heat at the Ayrshire Music Festival. They performed two action songs and the judges commented on how well they sang. We will look forward to seeing their winning performance during our Easter Service.

Congratulations to our P4/5 Glee Club for performing at the Ayrshire Music Festival. The group sang two Easter songs and achieved a merit for their entry. The adjudicator commented that they had a sweet tone, their words were very clear and they sang with feeling. They also paid great attention to the conductor, Mrs Slider, who has led the club this year. 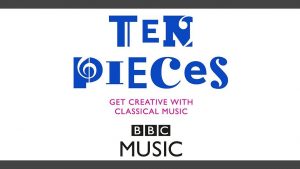 Last week Primaries 4, 5 and 6 went to the Glasgow City Halls to enjoy the BBC Scottish Symphony Orchestra perform the 10 Pieces Concert. The event was hosted by Barney Harwood from Blue Peter, helped out by Hacker and Dodge. Some of the pupils commented: “I liked how they told stories through music,” and “I’ve never been to anything like this before!” You can find out more about the 10 Pieces by clicking here.

Primary 4 also visited the Maritime Museum in Irvine and found out more about the Titanic and what it was like for the ship builders and their families.

Today the Glee Club entertained the shoppers at Ayr Central on the last stop of their Christmas Tour. A big thank you goes to Mrs Hunter for organising the club again this year.

Our Nativity show has been a complete success. All the pupils performed fantastically in this re-telling of the Christams Story. We hope you were able to come along an watch one of the shows – please leave us a comment. Here are some photos taken by our P3 photographer, Olly.

South Ayrshire Music Service is delighted to offer an opportunity for your child to take part in the South Ayrshire Schools’ Junior Concert Choir.

The Junior Concert Choir is open to anyone from Primary 4, 5 and 6 and the Senior Choir is open to P7 to S6. These choirs will focus on performance and production of popular music from theatre, film and rock & pop, including choreography and opportunities for group and solo singing.

Our Glee Club continued to spread festive cheer as they continued with their tour around Ayr. This time they delighted the residents of Bellevue Nursing Home with traditional and modern Christmas songs. The final stop on our Glee Tour will be at Central Shopping Centre on Wednesday 21st December 2016 between 11.15am and 12 noon.

Today, our Glee Club performed several Christmas songs for the residents at Creggan Bahn Nursing Home. The  staff and residents  enjoyed all the festive favourites. 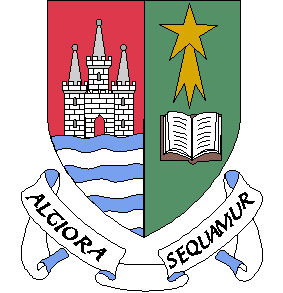