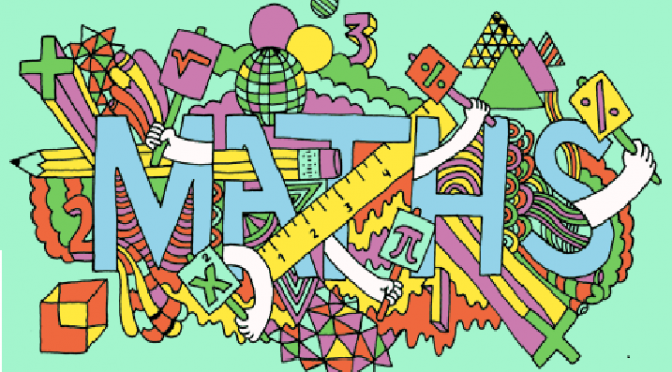 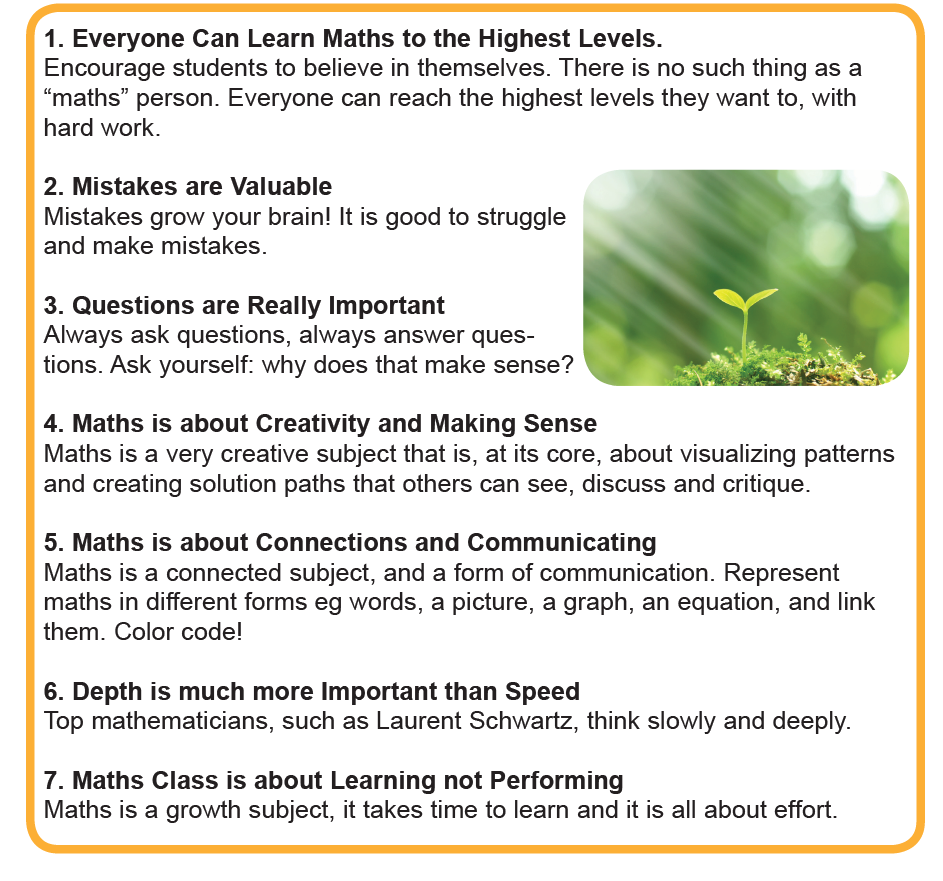 One of the biggest barriers to a child developing in mathematics is for a parent/role model to tell the child they they were not good at maths at school or they are not a ‘maths person’.

Is our attitude towards maths killing the subject for children? Professor Jo Boaler believes a widespread belief in the existence of a ‘maths brain’ is ruining pupils’ chances of success in the subject.  Anybody can be good with numbers, but unlike other subjects, we teach the idea that some people are simply good or bad at mathematics.

In mathematics education we suffer from the widespread idea that only some people can be “maths people.” This idea has been disproved by scientific research showing the incredible potential of the brain to grow and adapt. But the idea that math is hard, uninteresting, and accessible only to “nerds” persists.  This idea is made even more damaging by harsh stereotypical thinking—mathematics is for select racial groups and men. 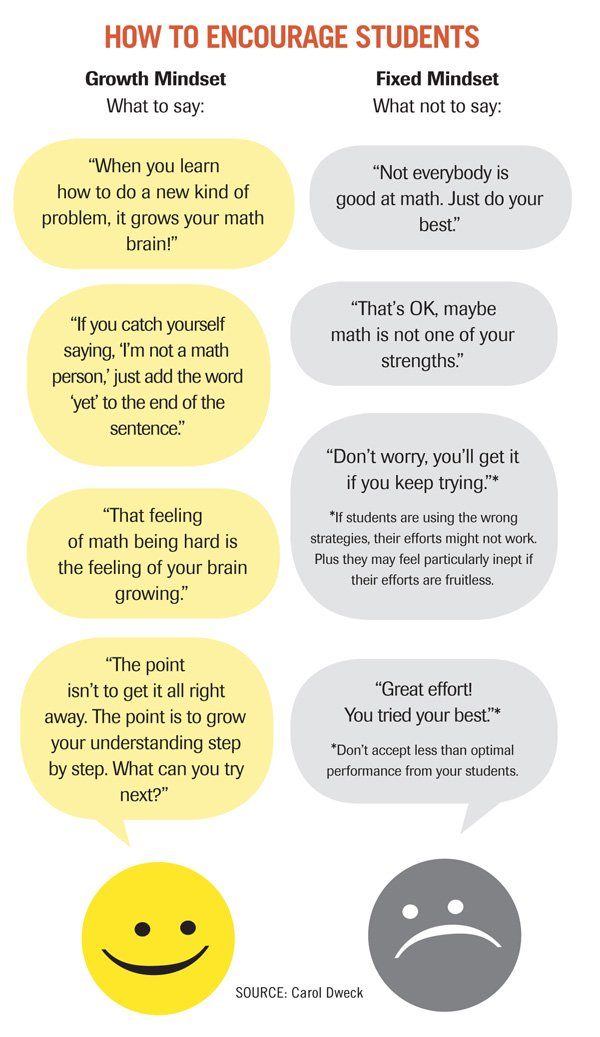 Encourage and celebrate children’s visual approaches and replace the idea that strong mathematics learners are those who memorize and calculate well. Recent PISA evidence, from millions of students, tells us that the students who approach mathematics with a memorization approach are the lowest achieving students in the world (OECD, 2016). We also need to end the myth that good mathematics performance is about calculating fast; a number of mathematicians are working to change this idea, explaining how they think slowly and deeply about mathematics, (see, for example, Laurent Schwartz; Keith Devlin). Fast calculation is not what is needed in high-level mathematics work. Strong mathematics learners are those who think deeply, make connections and visualize.
Research is also showing that pupils should focus on finger discrimination and be encouraged to use their fingers. Successful mathematics users have well developed finger representations in their brains that they use into adulthood. Finger discrimination even predicts mathematics success. When we stop children using fingers we stop an important part of their mathematical development. 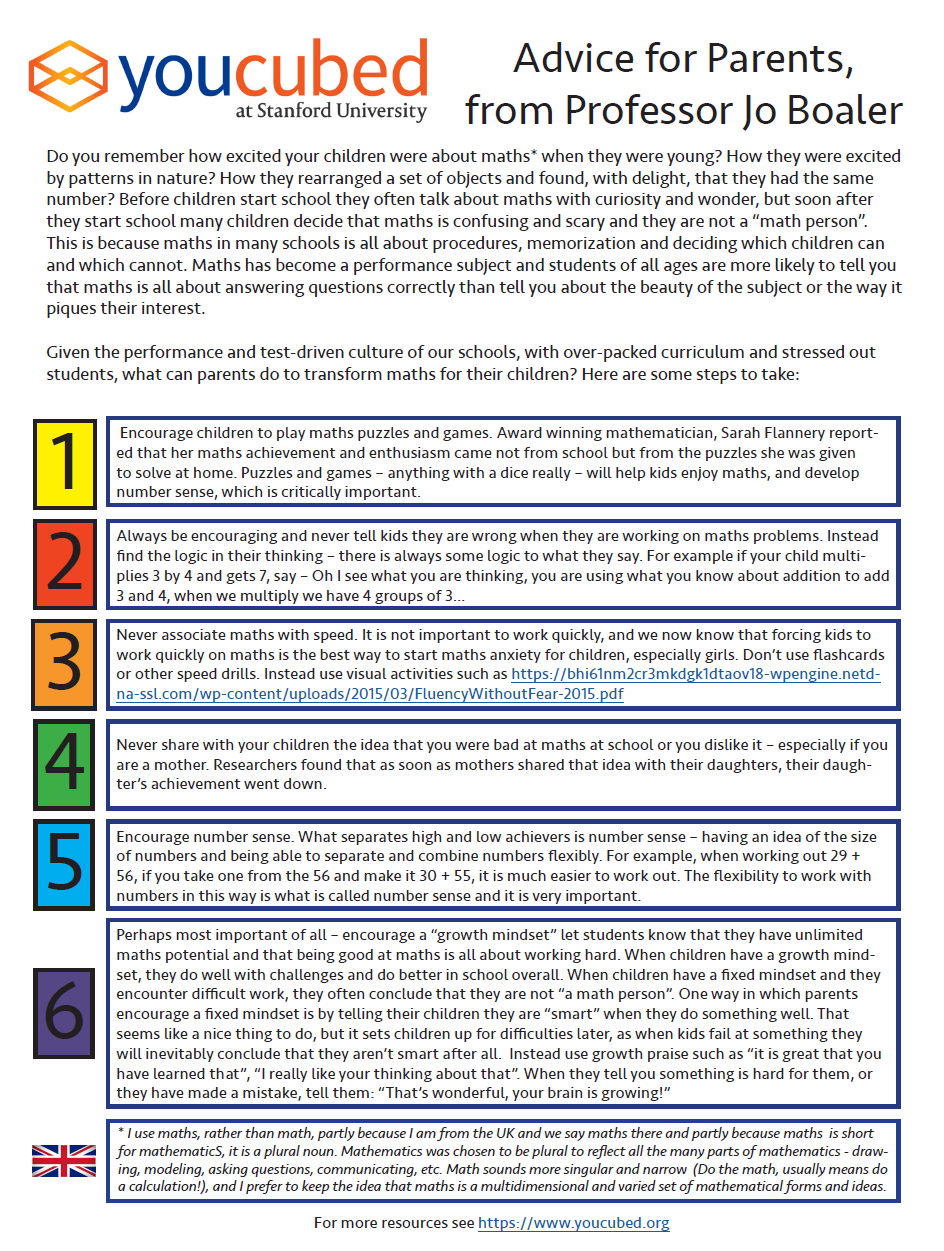 Further information can be found by visiting www.youcubed.org