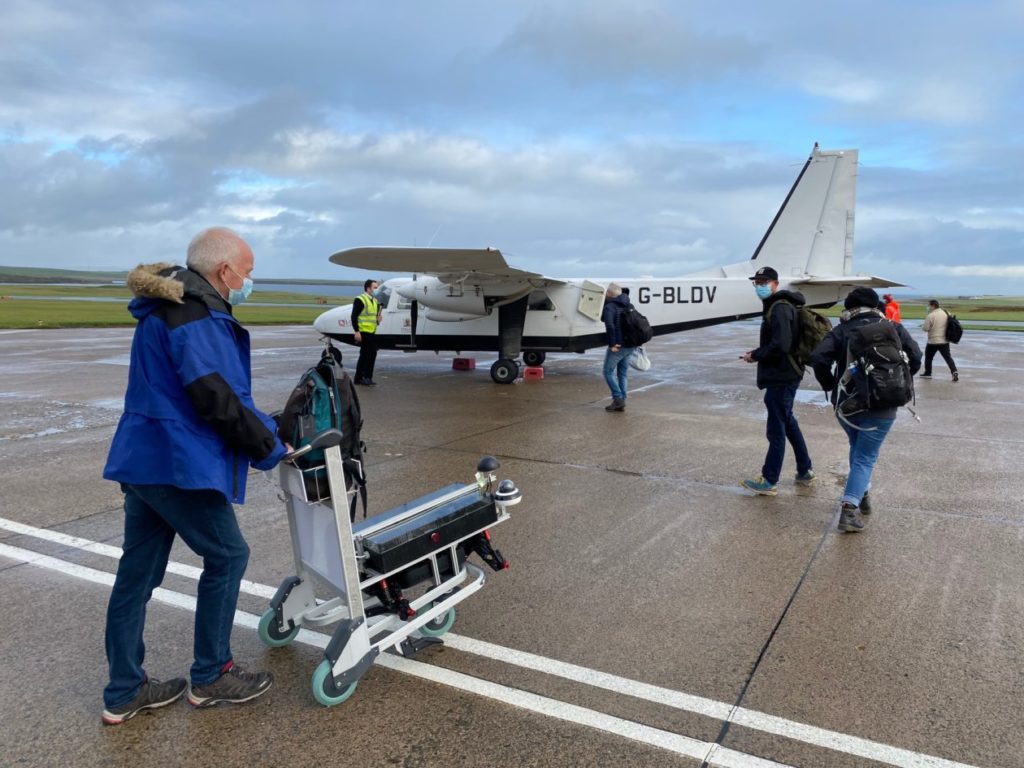 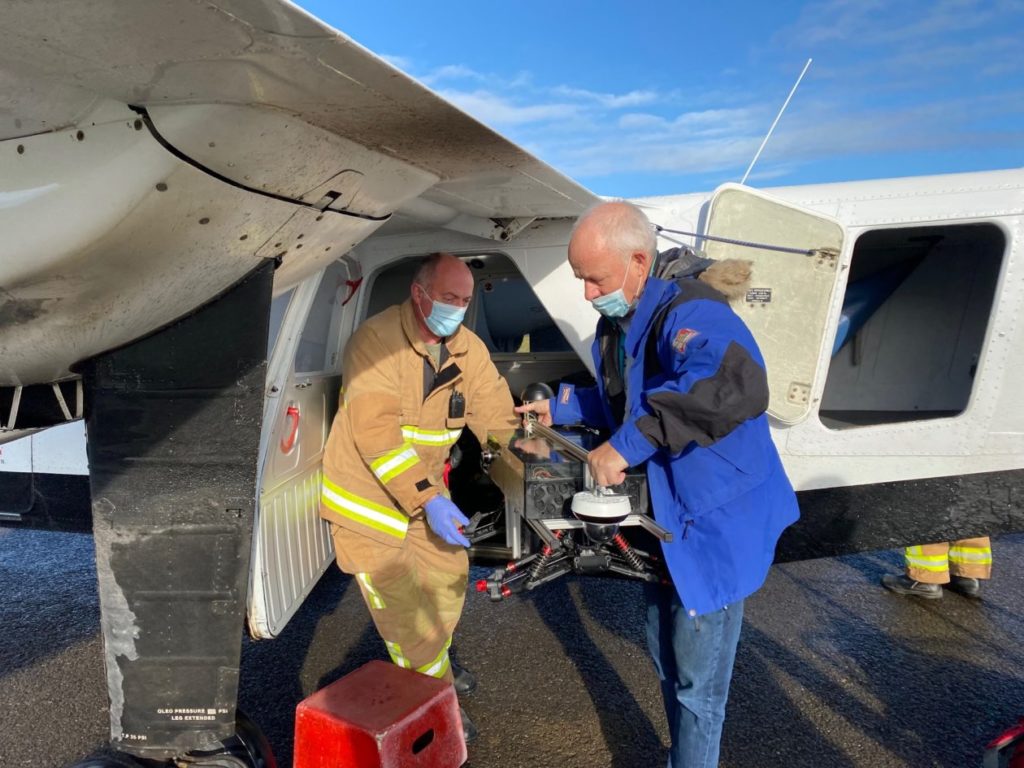 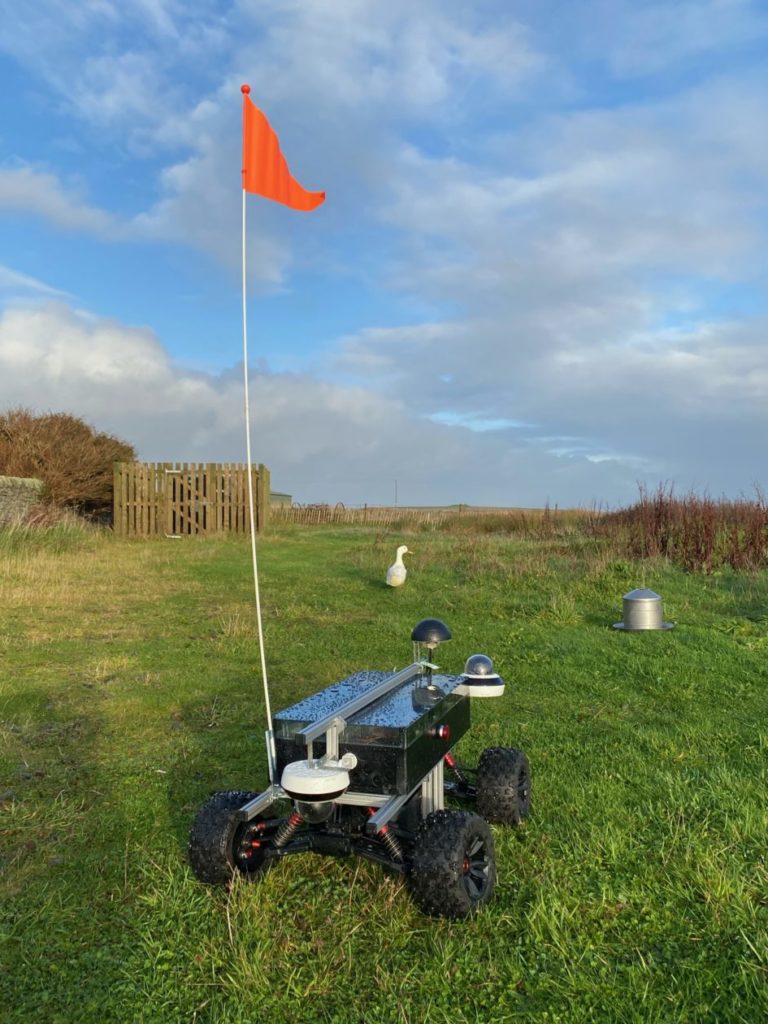 We’re excited to have been asked to participate in the trial of a self-driving robot. On Sunday 10th October, we welcomed Hans and Jan-Willem from MWLC (More Work Less Carbon) to the school to introduce us to ‘Max’ and tell us about the project. We’re very happy to be able to keep him here as part of the trial.

Max has arrived at the school as part of a project being run by HiTrans (Highlands and Islands Transport Partnership). Over the months and year ahead, we’ll be aiming to test him over a variety of short routes close to the school. Max won’t immediately be dashing around Papay on his own though, we’ll initially be aiming to teach him some very select routes close to home and he will always be accompanied by someone walking alongside him.

Max is now up and running when linked to the school laptop allowing us to control him using a Playstation 4 Controller. In the new term we’ll be aiming to achieve the following targets, we’ll be sure to update the blog as we go: 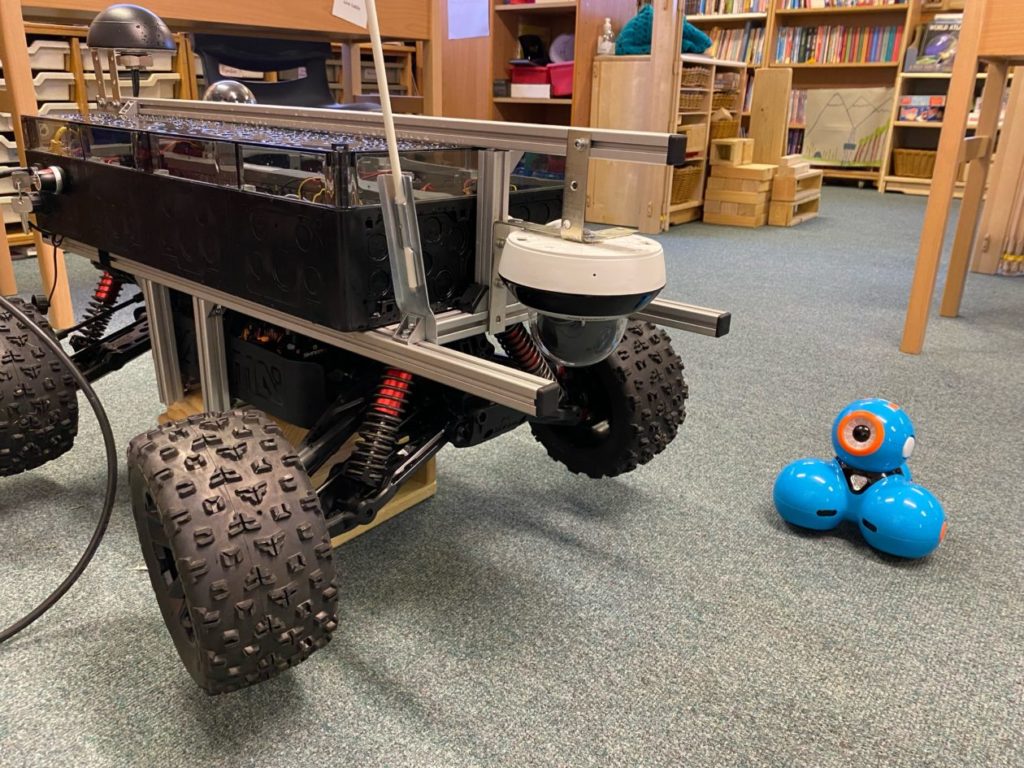 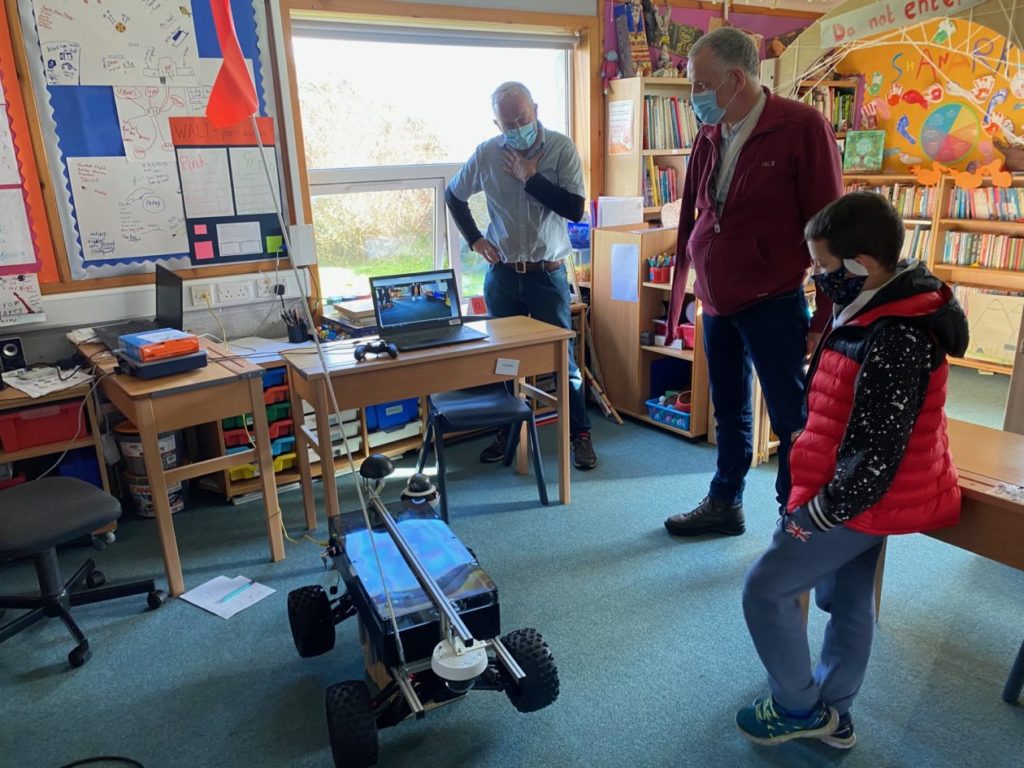 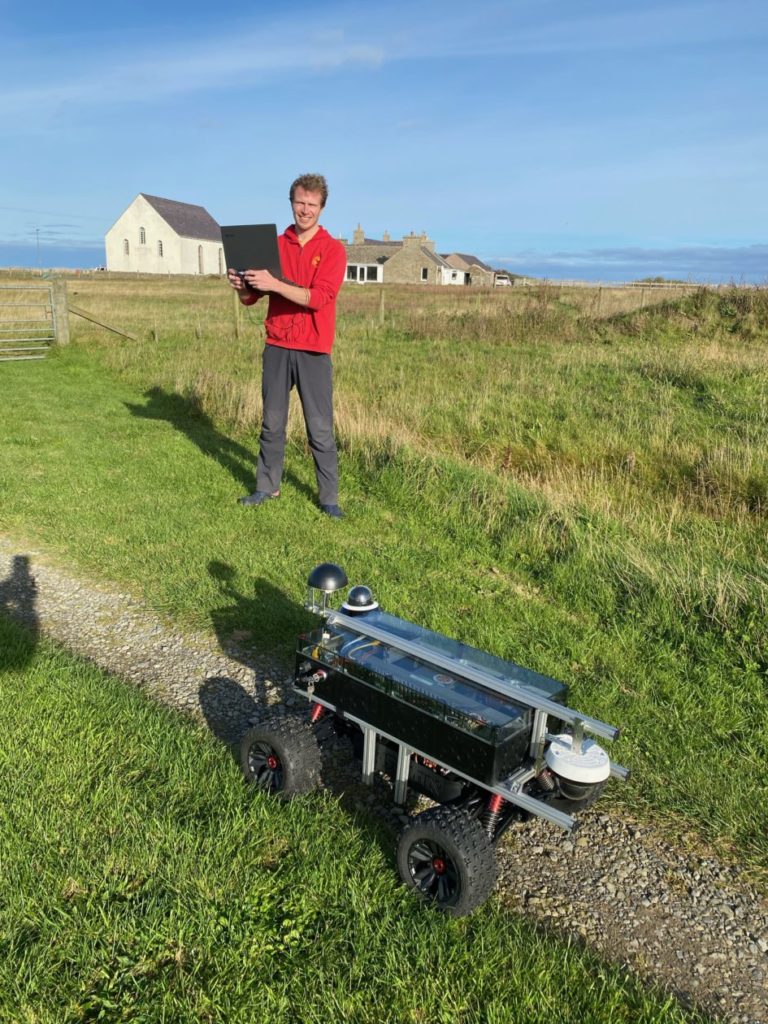 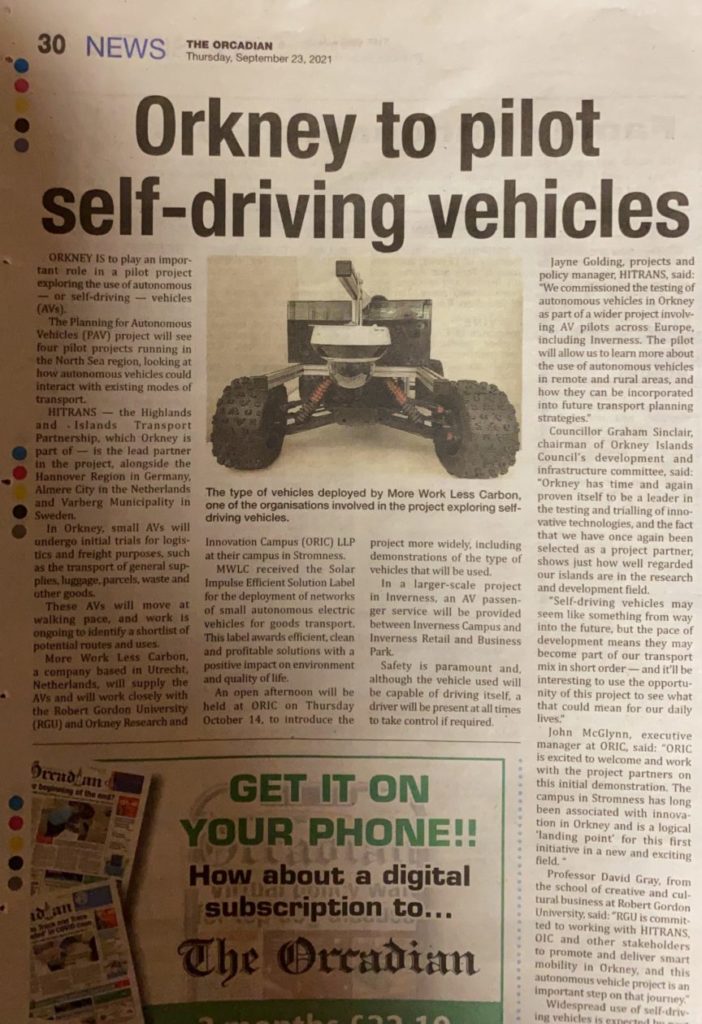