Members of the Goethe Institute in Glasgow visited Braidhurst High School last week to organise a ‘German Adventure’ morning for S3 pupils. Pupils were put into groups and were required to ‘visit’ a number of cities in Germany, Austria and Switzerland and to carry out prescribed tasks. The group which covered the most cities and gained the most answers correct in the shortest time won a prize. Tasks included identifying famous brands aftershave in German, finding words on a giant word square, looking at Facebook posts in German, cracking number codes, and learning about famous German manufacturers. They also had the opportunity to don German wigs and hats to resemble German football fans at football matches. There was much frantic moving from room to room as pupils carried out the tasks with zeal and determination.

The winning group comprised of Jake Cassidy, Chloe Henderson, Ellie Murphy and Kori Turnbull who attained a higher number of points than any school so far. Also winning a prize for remembering the code to unlock the ‘safe’ were Craig Campbell, Callum Bickett, Ewan Simm and Kyle Easton.

All pupils were complimented on their enthusiasm, excellent behaviour and team-working skills. The pupils thoroughly enjoyed the opportunity to extend their knowledge of the culture of German speaking countries and the German language. Many hope to continue their studies of German into S4. 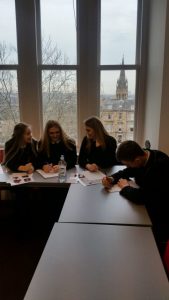 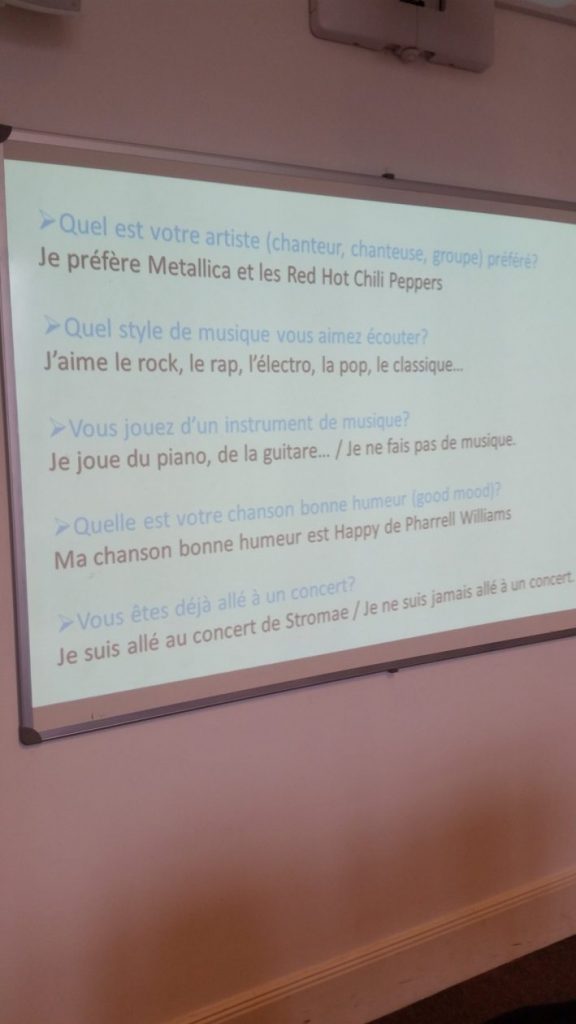 A group of Higher French pupils from Braidhurst High School, accompanied by the French student, Ms Laure Deluche, visited the The Alliance Française in Glasgow last week to take part in a French immersion day. The pupils engaged in a number of activities, all carried out in the French language, with groups of students from other schools in North Lanarkshire. Of particular interest to the pupils were the workshops in which they were able to listen to and discuss modern French music, as many have already downloaded popular French music on to their i-pods and access songs outwith their Higher French lessons. Pupils were able to extend their knowledge of French culture further by finding out about French Francophonie and the importance of the French language in the world for business and the economy. All pupils thoroughly enjoyed the opportunity to practise their oral and aural skills in French and found it very valuable to be able to spend time in the company of the French assistants from the Institute who delivered the sessions.  Some Braidhurst pupils are interested in continuing their study of a Modern Language when they leave school, and the Immersion Day succeeded in heightening their enthusiasm for languages.

Braidhurst High School celebrated the European Day of Languages in a variety of ways last week. In the Modern Languages Department, pupils produced rows of hands and speech balloons with vocabulary and facts from various countries in Europe. They also took part in a Europe Quiz and an online ‘Who Wants to Be Millionaire?’ game. The winners were Morven House, represented by Greg Campbell and Anna Baxter.

(Pfannkuchen) in the Home Economics department with the help of the German Exchange Teacher, Miss Marie Benzel, Mrs Claire Fox ( Home Economics teacher) and Mrs Eleanor Magowan ( PT Modern Languages). Other activities in the school included pupils playing French Boules with Mr Graeme Marshall in the PE Department; Painting in the style of European artists e.g. Van Gogh with Miss Georgia Galloway in the Art Department; French palindromes and French words used in English with Mrs Maureen Kinnaird in the English Department; Maths puzzles in French solved by S2 in the Maths Department; the study of Albert Einstein with Mr Zaf Hussein in the Physics Department; Chemistry lessons conducted in French and German by Dr Peter Gardner ; computer games and quizzes in European languages carried out by Mr Connor O’Toole and Mr Mark Paterson with S2 in the Business Studies Department, and French mime will be the next topic for the Drama department in October.

The pupils thoroughly enjoyed their experiences (as did the staff), and they learned a lot about the countries of Europe. They have been encouraged to extend their learning of European culture beyond the classroom and many will attend the Modern Languages Club, which meets on Wednesday lunchtimes, to engage in more activities. 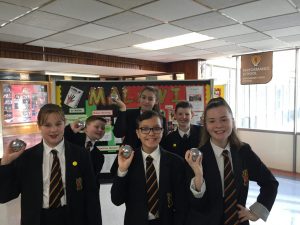 As every year, the staff of the French department, as well as lucky year-2 pupils, cycled around Strathclyde lake on Wednesday 17th, Thursday 18th and Friday 19th May. 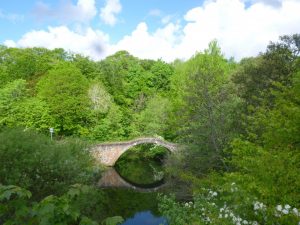 At each stop they had a chance to practice their French thanks to an activity booklet themed on sports and hobbies you can do in Strathclyde Park. 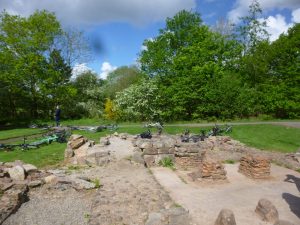 We had a lovely weather and in spite of a few chains going off, this was a nice adventure. Hopefully we will do the same next year ! 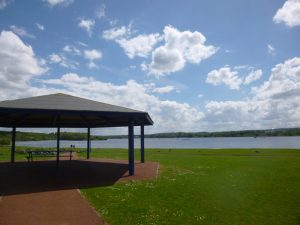 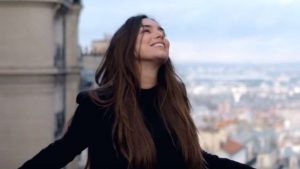