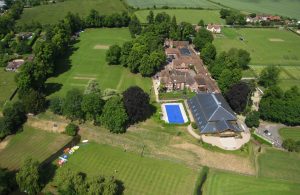 We all know the above statement is one of my three goals whilst here on placement and today I had the delight of meeting one of the groundsmen and taking 5 minutes out of his day to ask him some questions about his job. He is extremely busy working from 7-4, starting his days off with bus duty and thereafter ensuring that all the grounds are safe for the children and staff. Moulsford is situated in the most gorgeous location with the school backing onto the thames which they can utilise and having acres of land for the boys to play sports on. The groundsmen himself has 4 other groundsmen that he works with but with the amount of ground they have to cover is massive with anything that the school owns being part of what they have to look after. Furthermore, this means that not only do they have the school and sports fields to look after, but also staff accommodation and more recently the Moulsford recreation ground.

The groundsmen I spoke to this afternoon spoke really highly and positively of the staff, saying his job was made much easier when the staff were appreciative of the amount of work the need to do in a day. When I asked if the children were as supportive of their job role throughout a school he responded with the common answer that most members of staff do when I ask this question – that the children are grateful but don’t know how lucky they are. I can second this. My first week here especially, but still 5 weeks into placement I am in awe of the beauty of the grounds and the amount that there are for the boys and staff to utilise. They are so lucky compared to what I had growing up, but when you say this to them, they don’t really seem to take you seriously. Moreover, they are just children and this could be down to the simple fact that they have never known anything else and never attended any other schools, so I am confident that one day they will look back and be appreciative of what they had. 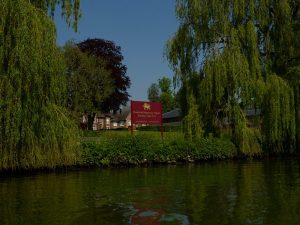 I wasn’t surprised to hear that here in England, in state schools groundsmen are really unheard of. Most schools in England have a caretaker or janitor but when it comes to grass cutting etc., they have people from their local council come in and take care of all that for them. Here at Moulsford, with 5 groundsmen, nearly everything is done by them and there is little else done by other people coming into the school. Furthermore, from the point of view of safeguarding, this is far easier than having people you don’t know coming in and out of the school all the time to do minor jobs. Naturally, with all job roles within Moulsford, communication is absolutely vital and is something that makes the groundsmens job a lot easier when done and a lot more difficult when not. When they know something, most of the time they can get on it right away and fix the problem, but as with everything, when you don’t actually have anyone communicate with you, everything becomes a lot more complicated. 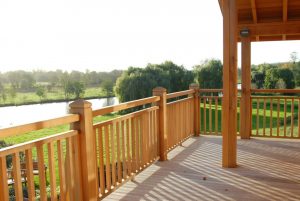 I have come to Moulsford at the best time and as I am sat writing this am overlooking the grounds in glorious sunshine. Summer is the easiest time of year for the groundsmen to work in as their job relies on good weather to get outside as much as they can. As well as this, the groundsmen from what I have seen go around on transport which I can only describe as being similar to quadbikes. Naturally, when they are doing bus duty in the mornings they take the school minibuses and the school matron also expressed how incredibly helpful the groundsmen are if children need to be taken to hospital or home when ill. Overall, the groundsmen other that this, do not have a lot of contact with the children at the school directly, but with a school so small favours are always being done and this particular groundsmen is a keen photographer. Moreover, you can see that although in their job they do not directly come into contact with the pupils, they work in a school and they can never get away from that.

To end this post, the piece of advice I was given by the groundsmen as a trainee teacher was too not expect much spare time when I qualify and to try to look after the grounds as much as possible when I am a teacher myself to make their job a little easier. Although, I think I would always do it, this just means making sure that the children are constantly respectful of the grounds and appreciative to members of staff for what they do. I don’t expect anyone to fully appreciate from these pictures how much effort goes into keeping Moulsford the incredibly beautiful school that it is. I understand that with the lack of private schools in Scotland, the likelihood of me ever working in the private sector for education is slim, even though it is absolutely a dream of mine now, but if I was to be lucky enough to work in this environment again, I will certainly respect the work that the groundsmen put into these schools. I will definitely be looking at these gorgeous grounds in a whole new light after speaking to the groundsmen here at Moulsford. 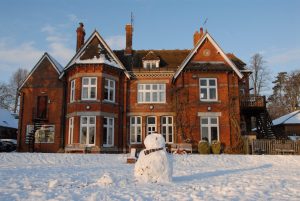 ** I have kindly been given permission to use these photos by Moulsford staff in this post.