Drama is something I was terrified to teach out in schools. However since having the workshops it has raised my confidence and now I feel I can teach it to primary pupils. There is so much to drama and so much you can do with the children. One of her TDT’s was to research various conventions. By doing this it has made me more aware of the skills the children can learn. It has also given me ideas of lessons I could plan for dram. The three I chose to focus on are: thought tracking, hot-seating and sculpting.

Thought tracking in drama helps inform the audience of a character. For example a character will step forward from a still image and say what there feeling. This convention can be used in class by getting the children to form a still image of a particular event. The teacher would then tap a child on the shoulder or ask them to step forward and ask how they are feeling or what they are thinking.

Hot-seating is another drama convention. Hot-seating is when you develop a character. If you are the hot-seat then you answer the questions from the people in your group while reaming in character. This could include the background, behaviour or feeli 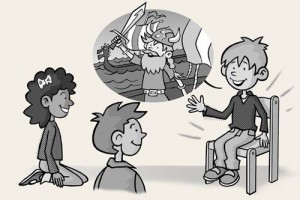 Sculpting is a bit like creating a still image, however a sculpture is made by either individuals or groups of people to convey meaning of something. This convention can be used in class by creatin 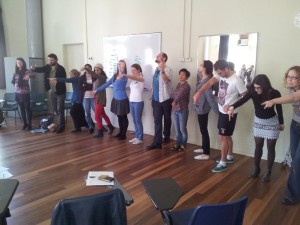