After our recent Drama input, we were asked to watch a video which details a structured approach to a drama lesson and how to set a lesson up.

During this video – the structure was

Contract setting out allows children to be aware of how they are expected to behave in the class. Warm up will be used to get the mind and body ready . It will differentiate between play and a learning experience.  Although it is fun, it allows people to build skills such as concentration and communication and to get everything warmed up and ready to go. Pictures can be used as a stimuli to establish focus and develop ideas on a certain situation. A visualisation will begin to get the children thinking creatively about the topic and story and talking about what they think, hear and see while closing their eyes and imagining the situation.  Soundscape would again be thinking about things they would hear in the situation and would allow children to create the sounds with the floor, their voice and  different actions such as clapping and stamping. Images can be formed to create a mood, scene and atmosphere.  This can be done individually, as a small group or in a whole class, by putting actions, sound and movements together to completely create a story of the situation the children have learned about. Still images are very effective. In groups, the children can create a beginning, middle and end. This depicts key elements of the story. During this, thought tracking can be used to find out what characters may be thinking or saying during this still image and can really get children thinking. It is always good to perform a little section of what the children have been working on, this allows them to further develop their creative skills and confidence of performing in front of an audience. Evaluation is one of the key elements always in school. Both the children and teacher must evaluate to find out what they want to learn and improve on next time. The teacher can allow the children to discuss and just ask questions every so often to encourage more discussion.

Working in this way, in a structured manner will allow children to constantly be developing their creative and collaborative skills throughout a process, from warm up to performance.

The Drama class in the video was set out to go through a process. This included everything essential to a child’s development, from warming up, building a knowledge of a story, improving creative skills, then starting to build the story using actions and their own thoughts and feelings, before finally performing and then evaluating what they had been learning. It allows children to critically think and create a atmosphere in the classroom and can bring children a lot of enjoyment if done correctly by the teacher. 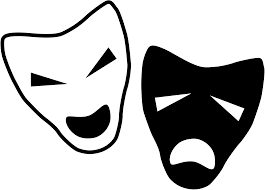 In terms of the Drama Experiences and outcomes, which can be found -> file:///C:/Users/redga/OneDrive/Documents/Documents%20for%20Course/all-experiences-and-outcomes.pdf

I believe that the following outcomes were met:

The first outcome was met by allowing children to get a stimuli which in this case was a photograph, and think about what this could mean and what the situation could be. They were then allowed to further develop these ideas into actions and images.  The second outcome was met due to the fact that nearer the end of the class, the children were given the opportunity to discuss and evaluate what they had learned. They also discussed what they thought they had done well and what they would like to develop and learn more about in the next session. This allowed the children to think critically about themselves and build on that.  Finally, the third outcome was met, as the children, due to the structure of the lesson, were able to be constantly developing their skills or being creative and were able to improve confidence by performing what they had been working on and learning in front of their class. 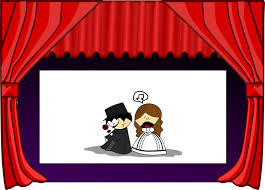 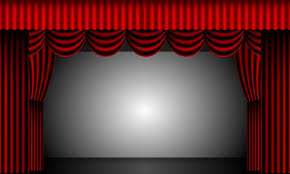 I believe this method of structuring a drama lesson was very effective and allowed children’s development to be constant and their creativity to flow. It builds on children’s own ideas and allows them to create work through their own thoughts and feelings towards a situation. It meets quite a few different outcomes of CFE for drama and I feel is an effective method which can really give positive benefits to children and their development.

I would certainly find this a valuable tool to use when embarking on my career in teaching.