In today’s lesson we were looking into the benefits of games-based learning and how this can be incorporated into the classroom. Our focus was on the hugely popular game Minecraft.

Todays task was to use Minecraft as a stimulus to plan a lesson which would allow for learning across several aspects of the curriculum. 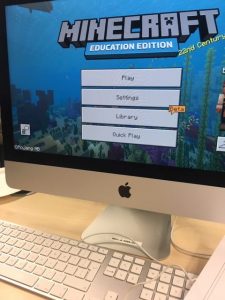 As a teacher I feel that it is important to make your lessons relevant and interesting for your pupils so that maximum attention and performance is achieved. I feel that the introduction of games-based learning can provided an opportunity for that as it is stated by Ofcom that around 90% of 8-11-year have access to gaming devices in the home (Ofcom, 2011). This tells us that it is a big part of todays society. Minecraft is just one of the games which proves very popular with all ages, with How to do Everything in Minecraft describing it as “a worldwide phenomenon” (How to do Everything in Minecraft, 2014).

We got together as a group and started discussing our ideas for the task. For those of us who were unfamiliar with Minecraft it was more difficult to envisage what is possible with the game. However, one of the benefits of working within a group was that some of the group were familiar with the game and were able to let us know whether our ideas would be able to become a reality. We were given an interdisciplinary planner and upon discussion we decided that our plan was to place the children into groups and give them a choice of landmarks. Once they had chosen one landmark from the given list they then would have to go online and do some research on the landmark to create a fact file. Once this was completed the children would then go on Minecraft and create their own version of the landmark. They children would then be paired up with another group to share their findings and creations. 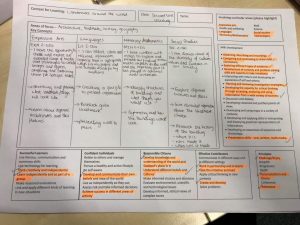 In adding the fact file and presenting element alongside the use of Minecraft our idea was able to cover many curricular areas such as:

This results in covering many curricular outcomes such as:

In exploring the game, it was easy to see ways in which children could become distracted by other aspects of the game that would be off task for example in the chat aspect of the game. It is stated by Beauchamp that “achieving educational objectives through the use of the game was more dependent upon a teacher’s knowledge of the curriculum than it was with their ability of the game” (Beauchamp, 2012). However, in this circumstance I believe that knowledge of the game would be equally as important so that they are easily aware of what is on task and what isn’t.

From participating in this task today I can confidently state that I agree with Bray who states that “games should not just be used as rewards or for entertainment but as a whole new approach to learning” (Bray, 2012). I agree with this due to seeing how Minecraft opened the opportunity for interdisciplinary learning. 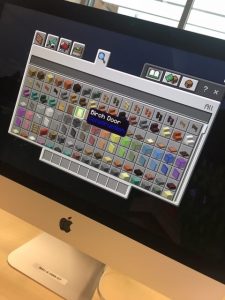