Today we were given the task of getting to know another software called Book Creator which was available for us to use as an app on iPads. Prior to this lesson I had minimal knowledge about the benefits and opportunities that having iPads within the classroom brings. However, through familiarising myself with an app such as Book Creator these soon became apparent. 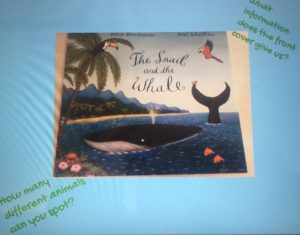 We were given the task of taking a children’s story book and using the app in order to make it more interactive through turning it into a multimodal text through using pictures, sound, text and links to websites. It is stated by Beauchamp that through the use of multimodal texts we can “present ideas in a variety of different ways” which can help to further comprehension. I agree with this statement in that today, when creating an e-book, I was able to take pictures of the characters in the story and add a link to an online fact file about that animal giving the opportunity for additional information to be attained in an easily accessible and interesting way and would allow the pupils to understand the story and its contents in a more thorough manner.

Using iPads in the classroom can bring many benefits. It can create links with skills used at home as it is noted by Charles Hymas in the Telegraph that by the age of three years old more than a third of children will own their own tablet. I believe that this will allow children to become more invested in such tasks as they will be able to see the relevance of the skills they are learning as digital natives.

It is also stated that through introducing iPads into the classroom technology was seen to be used twice as much as when this resource wasn’t available (Burden et al, 2012).  I believe this is one of the greatest benefits as it allows for even more technology outcomes to be covered with minimal difficulty. This point is further backed up by David Andrews in the Guardian who stated that iPads are easy to use and are a resource which can be an effective use of time as they, compared to computers and laptops, are not as time-consuming to start up and access.

However, it does have to be noted that teacher training may be required in the use of these so that they can be used most effectively, and this could be a lengthy and costly process. If teachers were not educated on how to use these their confidence may lack and therefore this may deter them from using the iPads regularly. This point is also mentioned by David Andrews in the Guardian who states that by giving the teachers iPads before ruling them out in the school it gave the teachers the confidence necessary in order to allow it to have the best possible impact.

At the beginning of todays lesson we watched a tutorial on the book creator app to see what features it had and how to access them. I feel that this allowed us to save time in that it allowed us to get creating straight away with minimal struggle. It also allowed us to envision what the app had to offer and therefore what the possibilities were for creating. 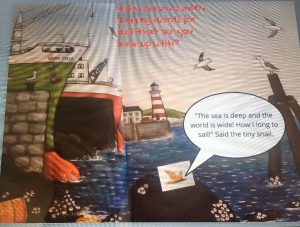 I decided to use the book ‘The Snail and the Whale’ and wished to involve the reader in a more interactive experience by giving them more information on characters within the story, exploring the use of rhyme that is used throughout the book and by allowing them to use their skills in both numeracy and literacy through counting what they can see in the illustrations and coming up with their own alternative ending to the story. I feel this shows that using this resource allows for many skills to be put to the test and many outcomes to be met or revisited. In using the resource which I created the pupils would cover outcomes such as:

And through creating their own they could meet outcomes such as: 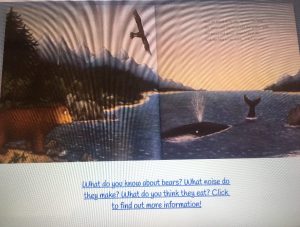 I believe that I would be willing to use such technologies and apps such as Book creator within my classroom in future due to their many possibilities to cover different learning outcomes in an interesting and relevant way. 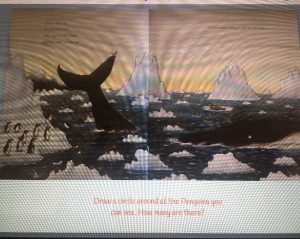 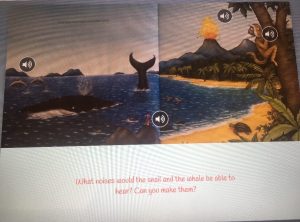 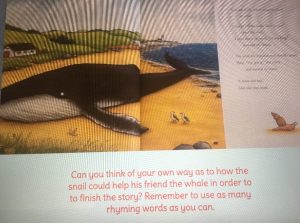 Beauchamp, G. (2012) ICT in the primary school: from Pedagogy to Practice. Pearson.

The Telegraph. (2018) One in four children under two has their own tablet, MP’s report shows. [online] Available at: https://www.telegraph.co.uk/news/2018/06/25/one-four-children-two-has-tablet-mps-report-shows/ [accessed on: 7th February 2019]

The Guardian. (2012) An apple for the teacher: are iPads the future in class? [online] Available at: https://www.theguardian.com/teacher-network/2012/aug/13/schools-secondary-schools [Accessed on: 7th February 2019]