As we wave this school year goodbye, we have our final hurrah – the end of year award ceremony! 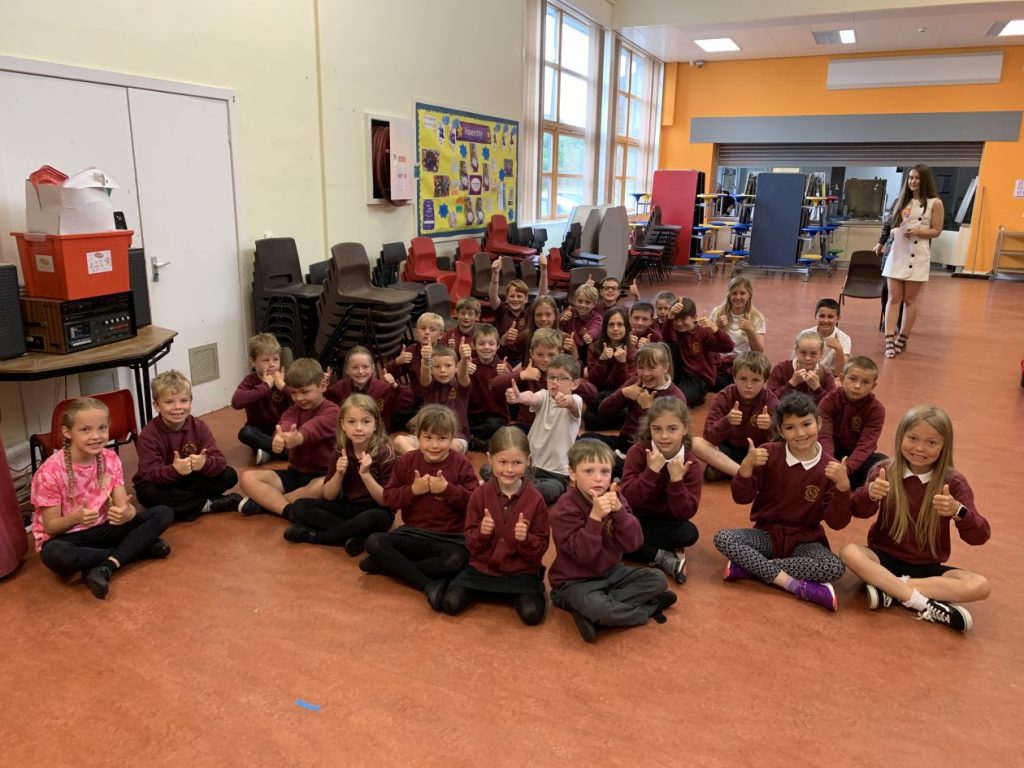 This is our opportunity to celebrate the pupils achievements throughout the year and give them the recognition they deserve. While not every pupil may walk away with a certificate on this day, all the pupils of this school have worked incredibly hard. They have made the best of a bad situation dealing with the hardships that have fallen upon them this school year and proved themselves time and time again to be resilient, tough and kind. 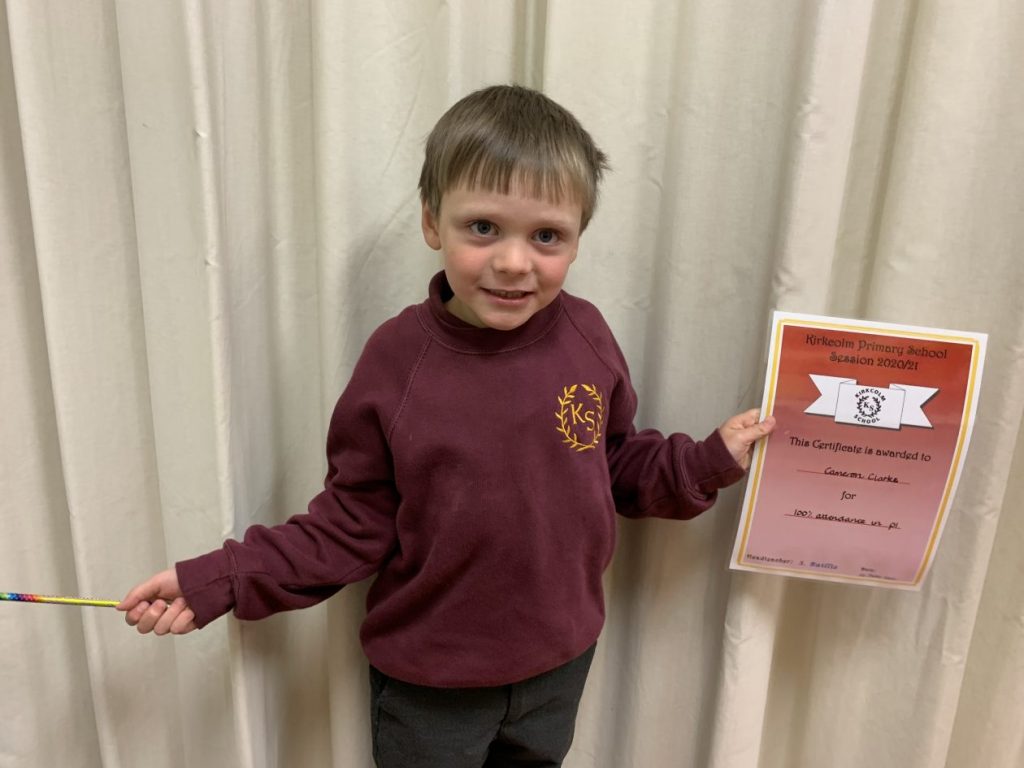 We gave out the awards for the Accelerated Reading Star Readers in each year group; 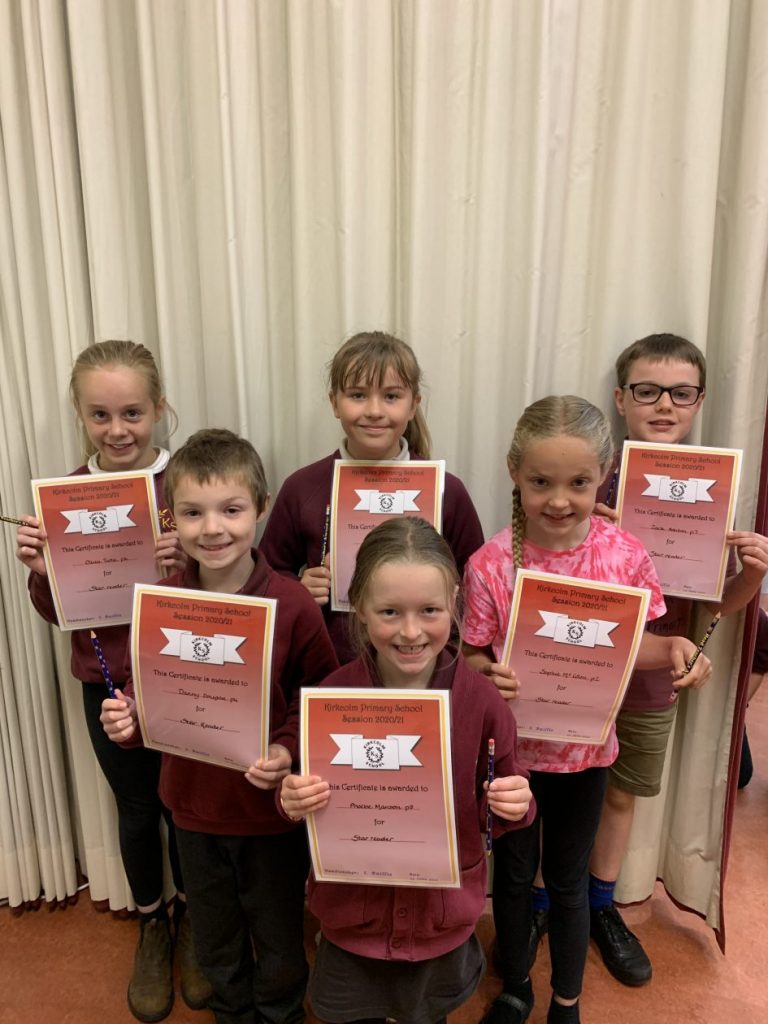 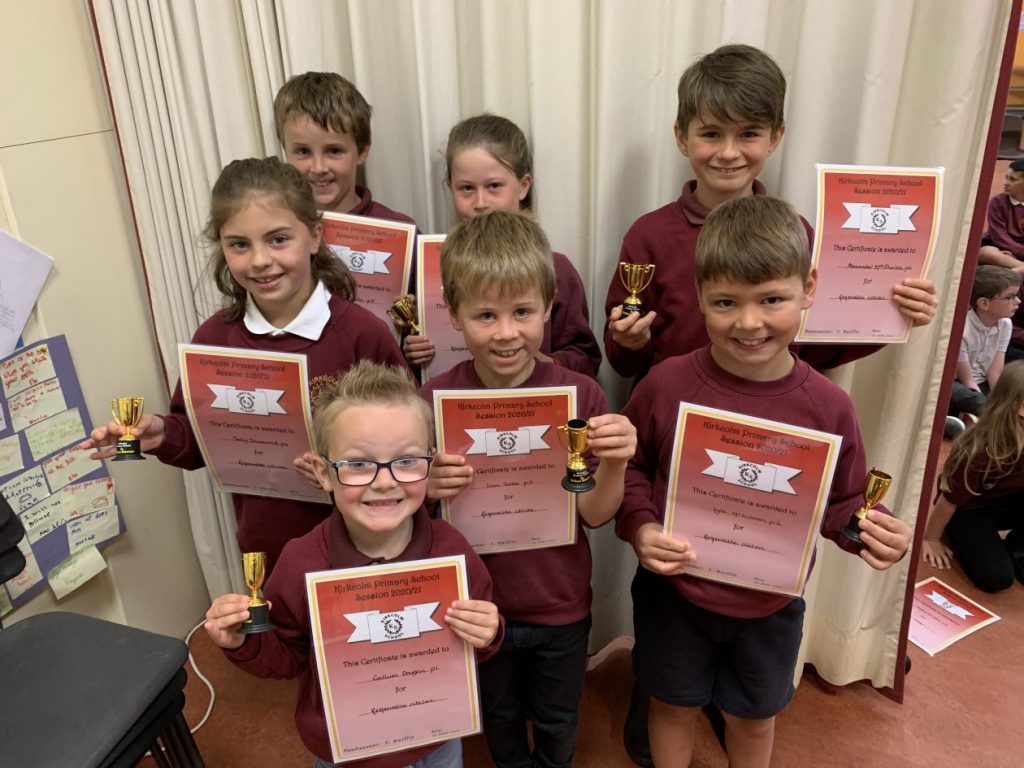 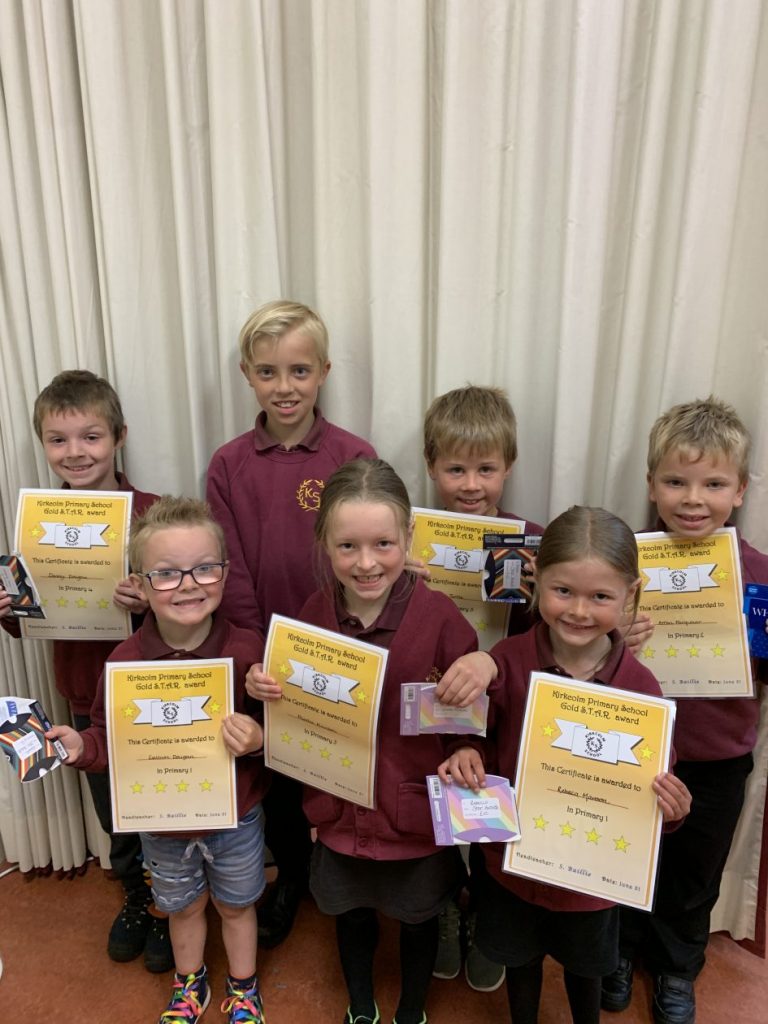 Mini Walk Medals were given out to the 27 pupils who took part on that day! 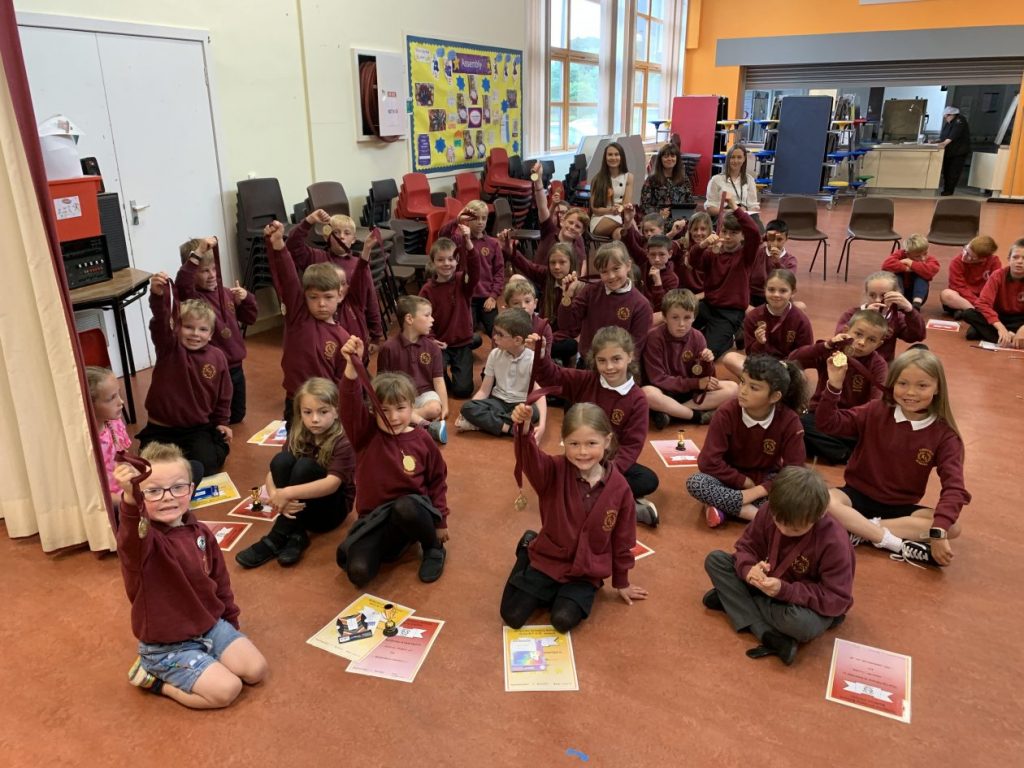 The Mini Walk Shields had been engraved and awarded to George Keith and Ruth Turtle for coming first in the mini walk and the runners up in Olivia Turtle and Danny Dougan were also given certificates for their efforts! 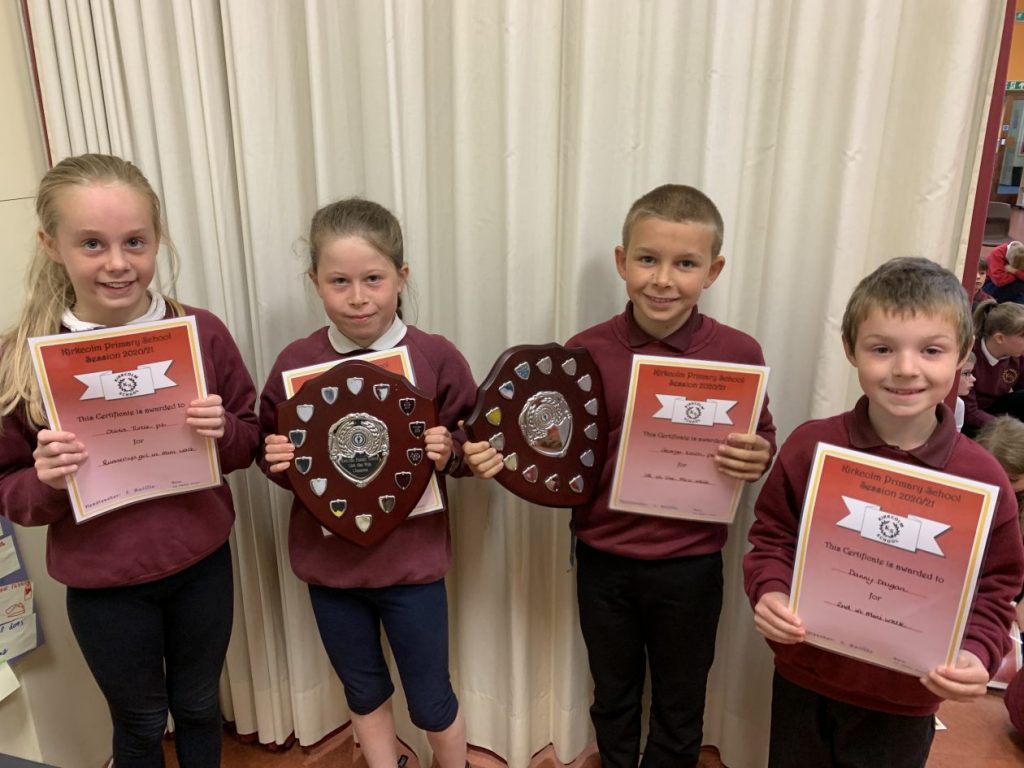 Then we had the Sports Day Champions! These are the pupils who raked up the most points in their respected age group in the sports day races! 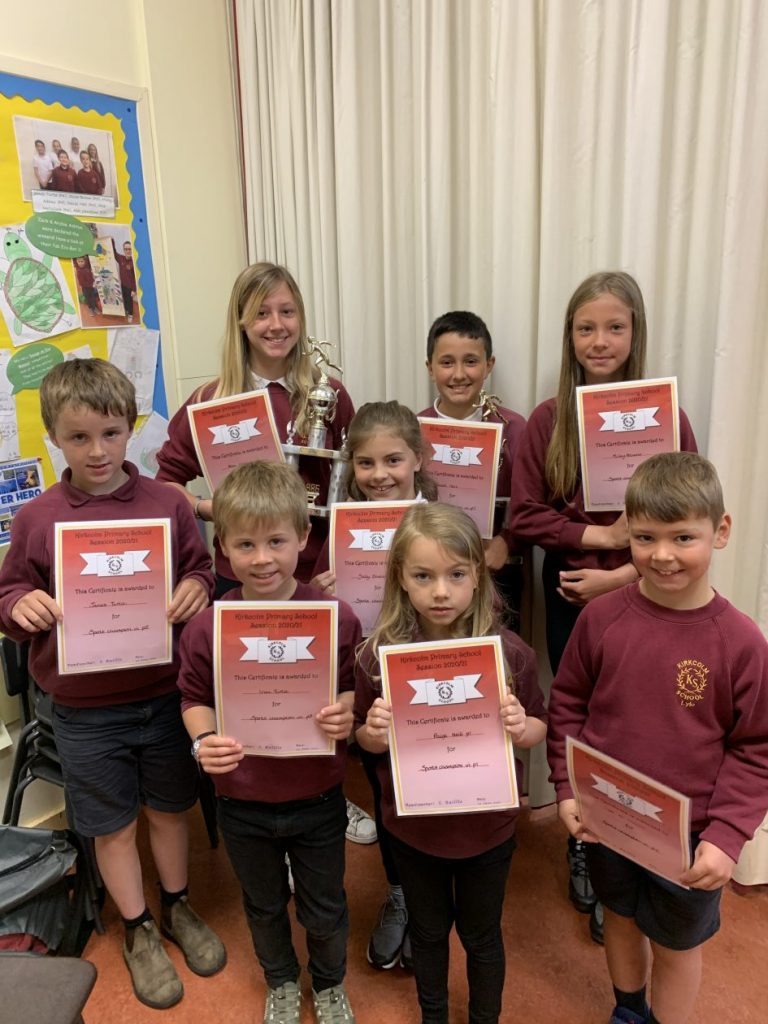 Certificates were awards to the pupils who managed to pass all of their Rainbow Spelling… Well done to Alexander MacPherson, James Turtle & Ivan Turtle 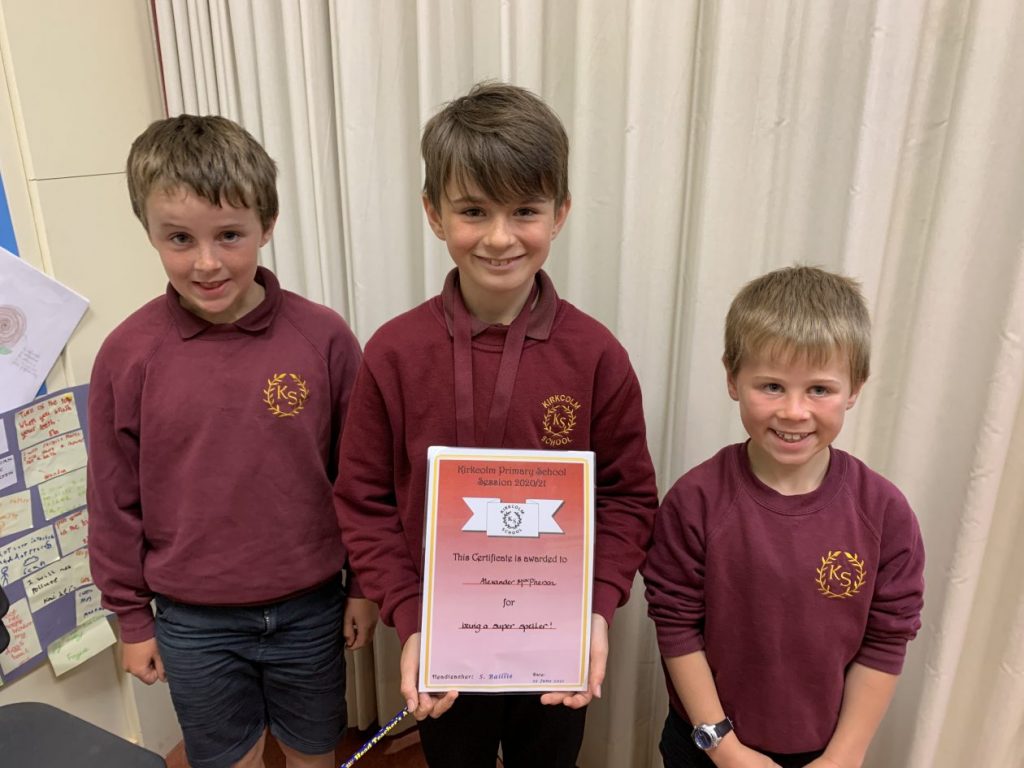 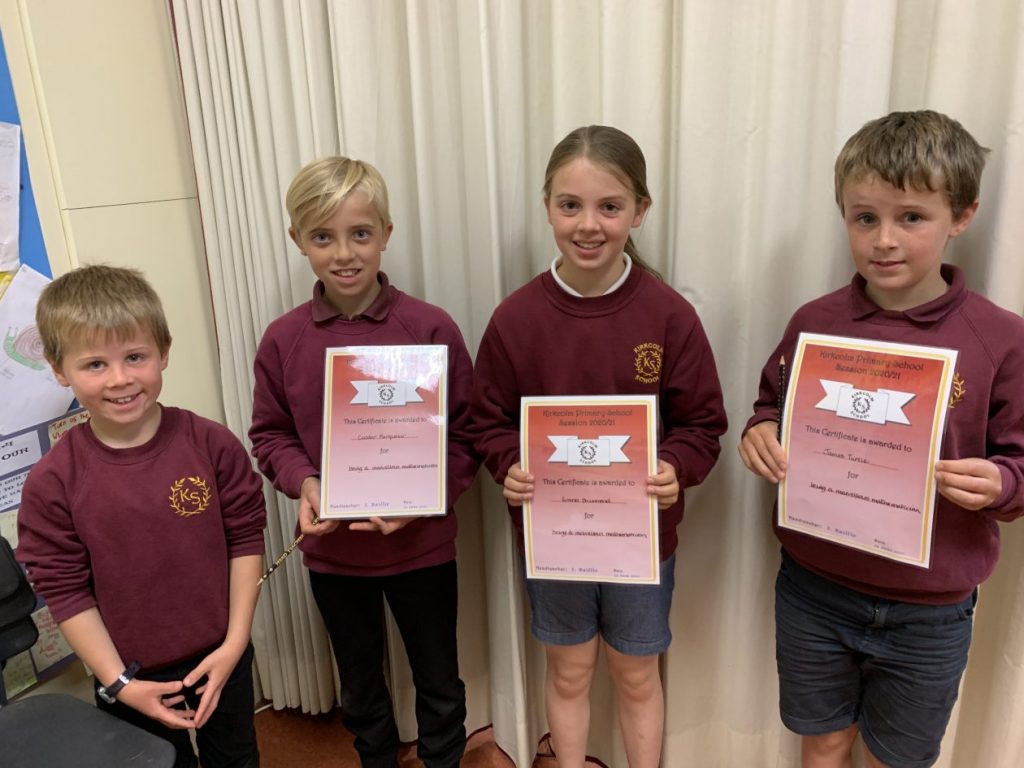 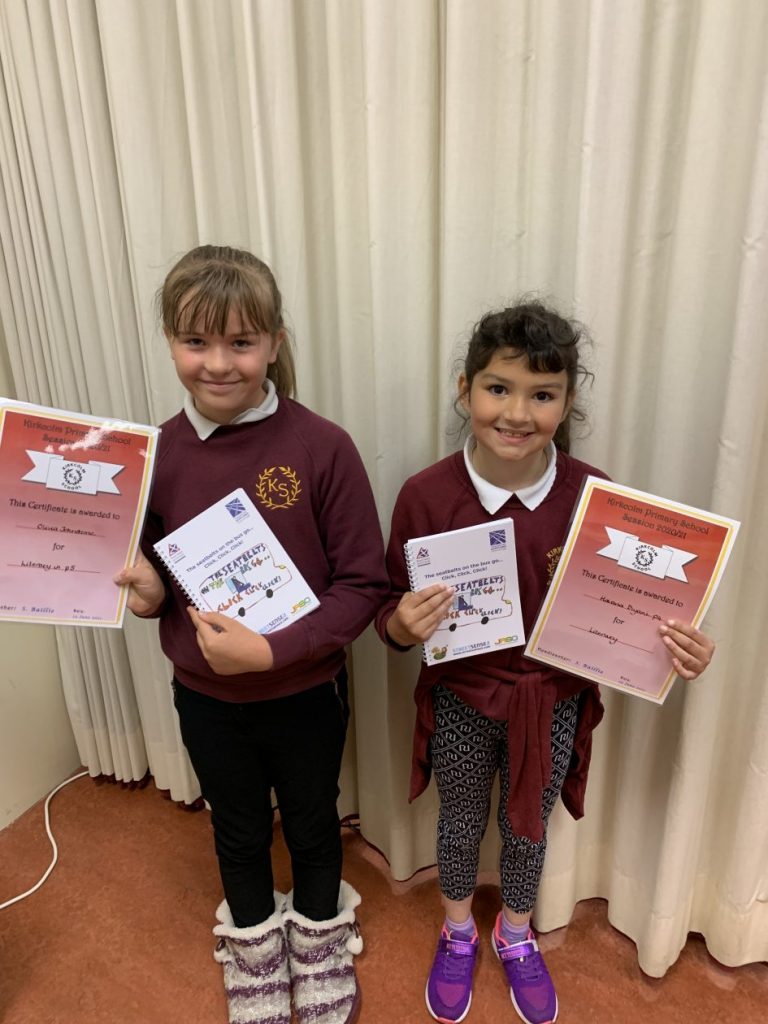 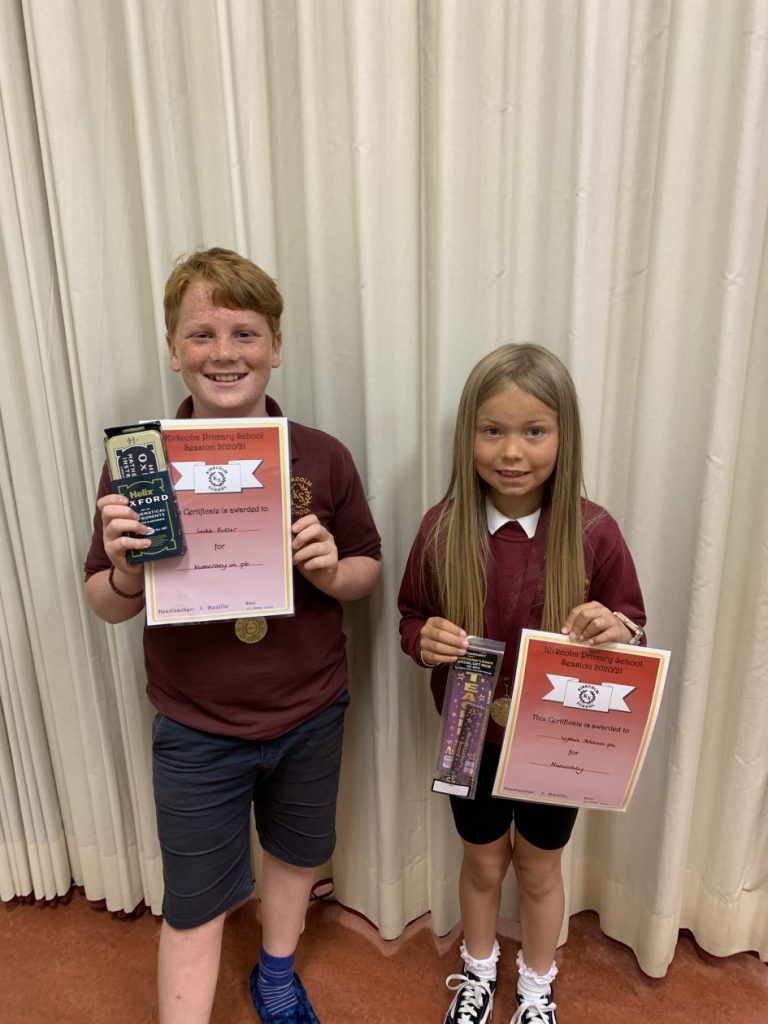 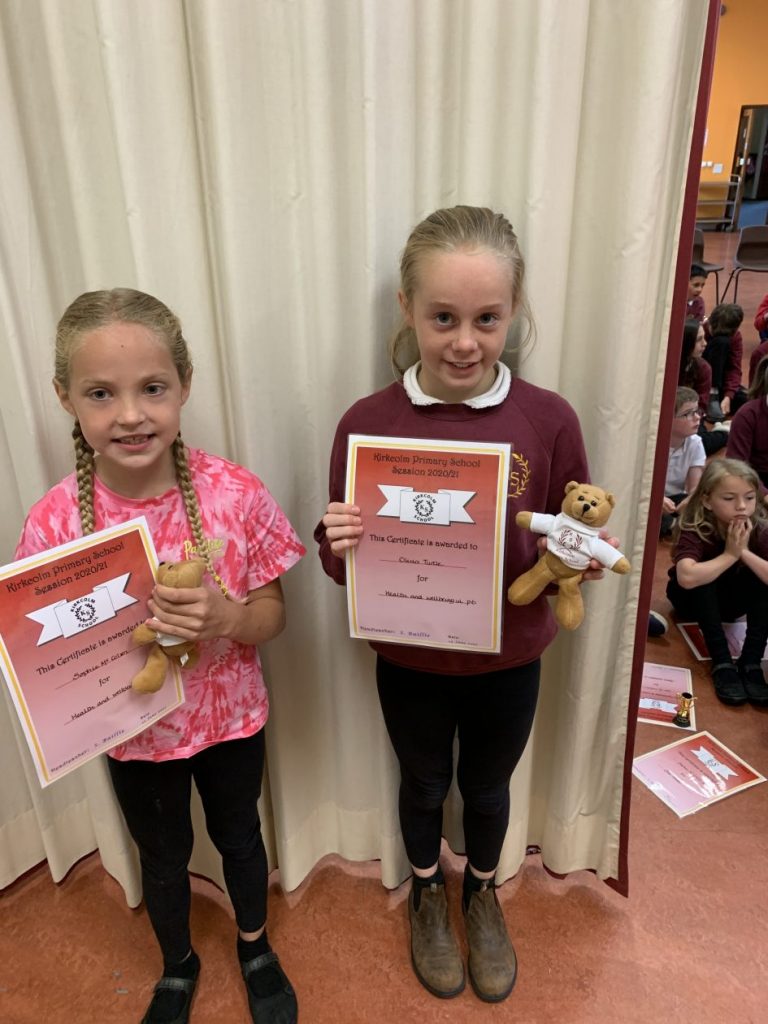 Finally, the REACH Award celebrating achievements with our School Ethos! This was awarded to Phoebe Manson in P1-4 and Miley Adams in P4-7 for all their hard work during remote learning. 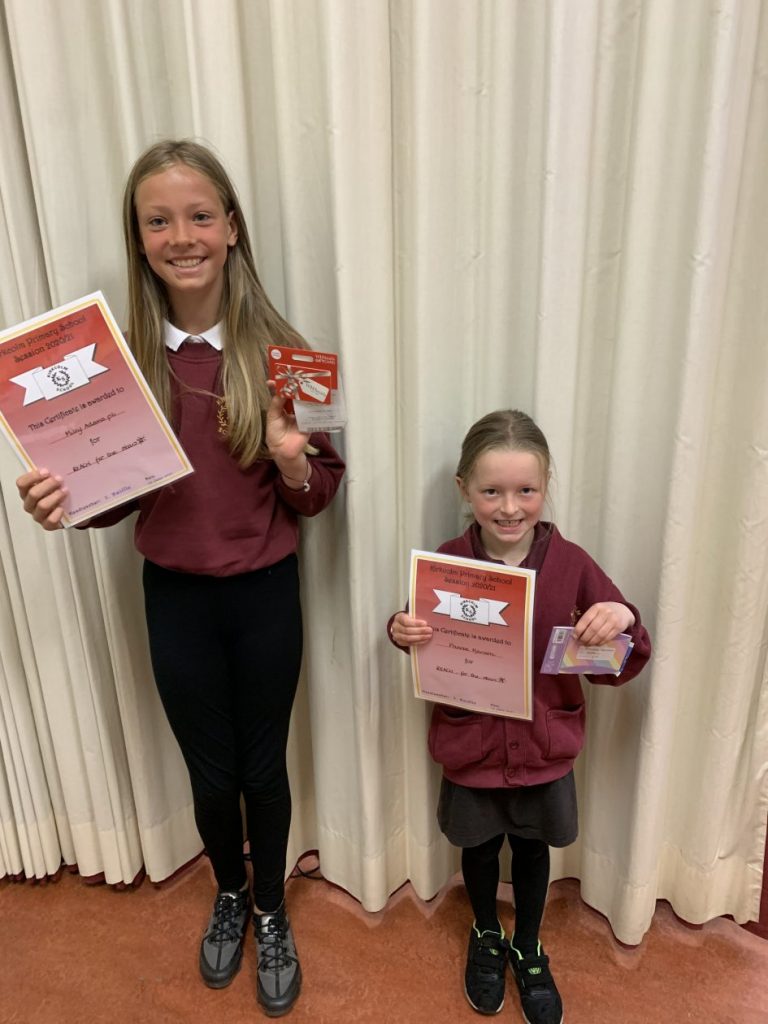 The final thing left to do was say out goodbyes to our P7’s – Arla, Daniel, Ruth and Zack are going to be leaving us for the Academy so we saw them out as we saw fit, with some lovely leavers hoodies and a year book to remind them of their time here at Kirkcolm Primary so they remember us! Some heartfelt speeches were made, perhaps some tears shed, perhaps some held back!? 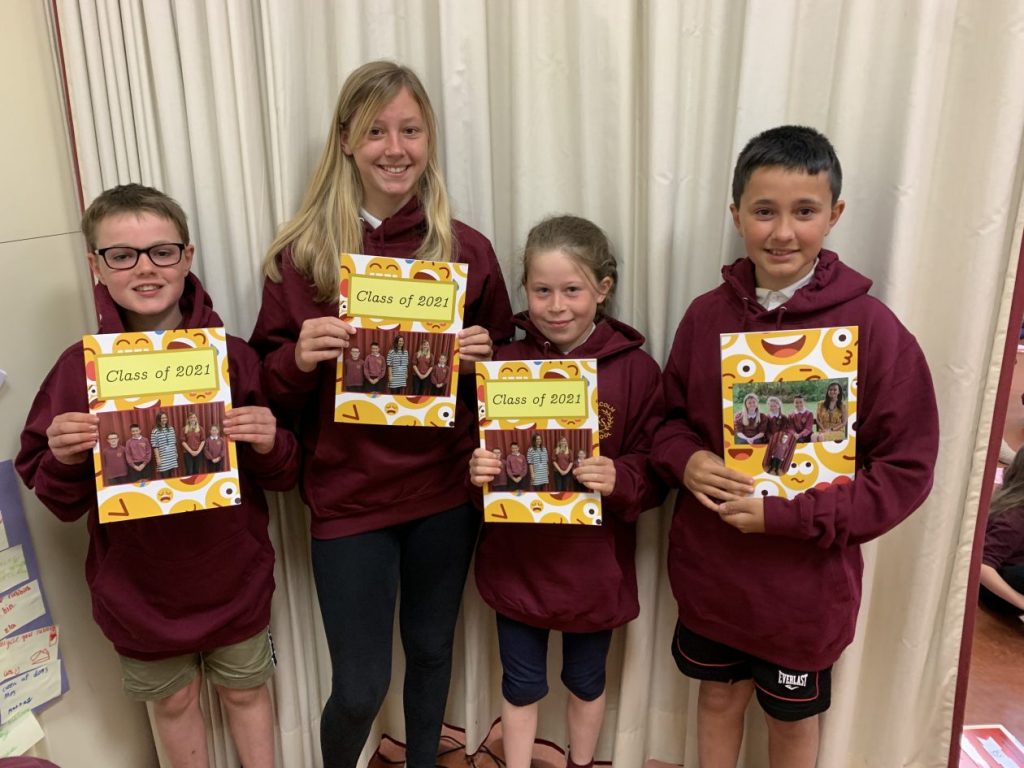 Finally, we ended the day with a Photostory so we could all have a good giggle at their transformation from wee baby P1 pupils to big bad P7’s ready for the next steps! (I kid, not a bad bone in any of their bodies!) 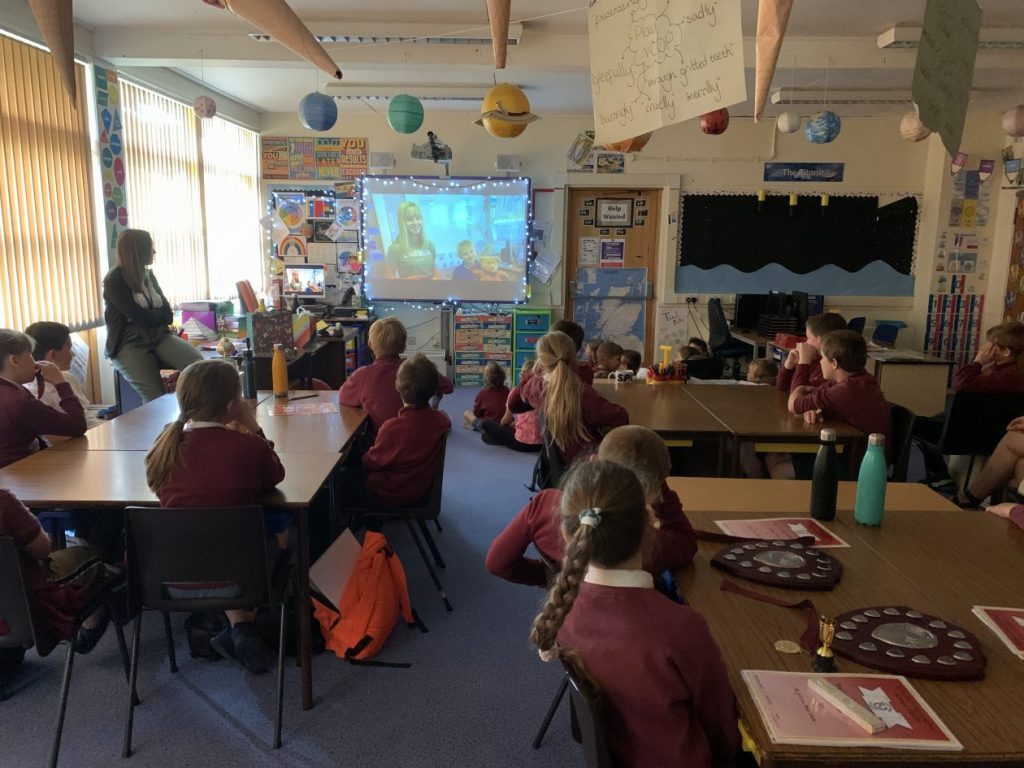 With that, we wish our P7 leavers the best of luck and all of you a great summer holidays! Can’t wait to see you back in August, refreshed and recharged and (Hopefully!) with a nice, normal year ahead of us…