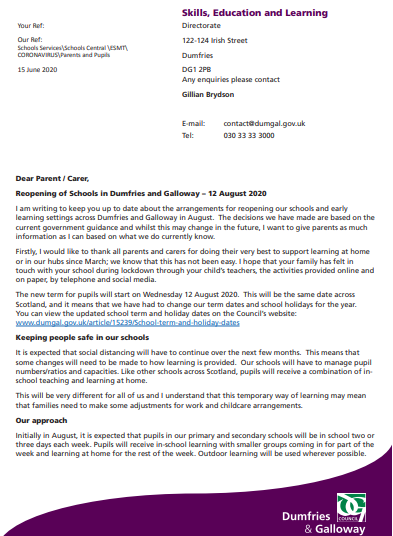 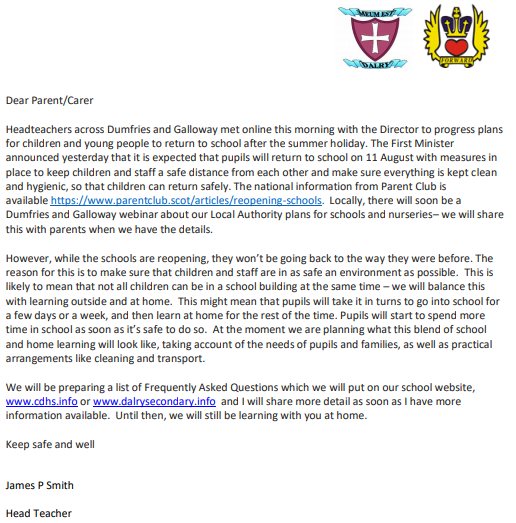 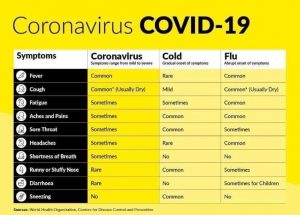 During the school closure, work for the pupils to access will be uploaded to glow / teams. Most work will be located under Files / class materials. Any work completed can be uploaded to the hand-in folder.

Keep Checking the school website for relevant message and notice of when we will re-open. 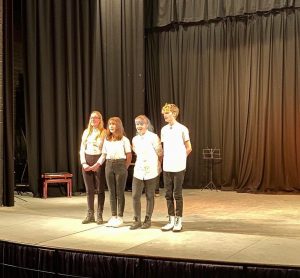 Dalry Secondary’s S3 Vocal Group celebrating their success in the recent Galloway Music Festival winning their class, and the Wigtownshire Music Festival Trophy, with their performance of ‘Party Favor’ by Billy Eilish. 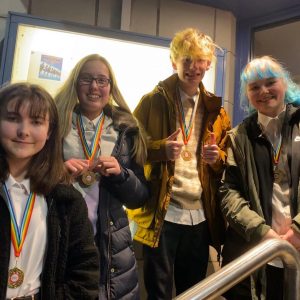 On Wednesday we had some visitors from Icecreamarchitecture working with pupils on behalf of the Scottish land commission during our wider achievement session.

The aim of the session was to raise awareness of land use, evaluate pupils opinions of present land use and discuss what changes they would like to see in the future. 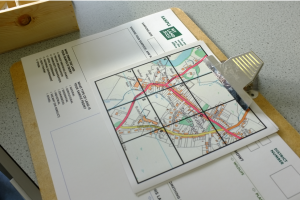 We spent much of the time walking round the village in groups discussing different aspects of land use and collecting samples for reference later. 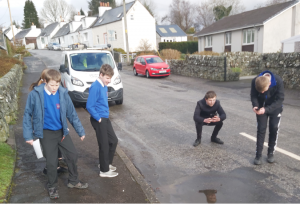 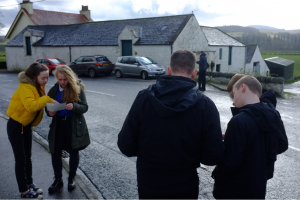 When we returned to the classroom, we reviewed the areas we went to and discussed the impact and benefit of each area of land. 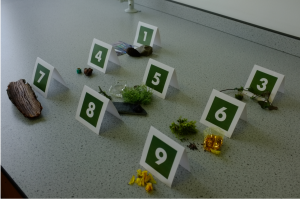 The pupils then took part in a survey which assessed their understanding of land use in Scotland. 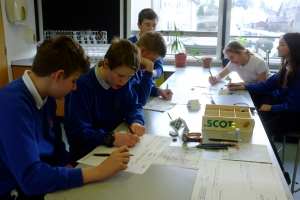 Finally the pupils were given the chance to voice their opinions about the future and discuss what changes they would like to see as they grow up. 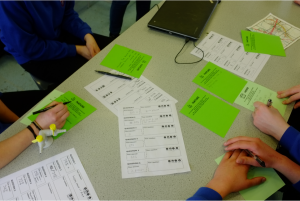 The pupils involved had a great time and we would like to thank all those involved.

Pupils return this week from a short break, hopefully feeling rested and recharged. The days are getting longer and the spring flowers are appearing. Of course this is when the snow and storms still hang around!

As usual, there are lots of things planned this term and the senior pupils are focusing on exams and assignments. This term is when the hard work will really pay off in the exams.  Both the S4 and S3 pupils have been making subject choices for the following school year and staff have begun planning for the timetable change in June.

As usual we will endeavour to keep the blog up to date with information and interesting news. 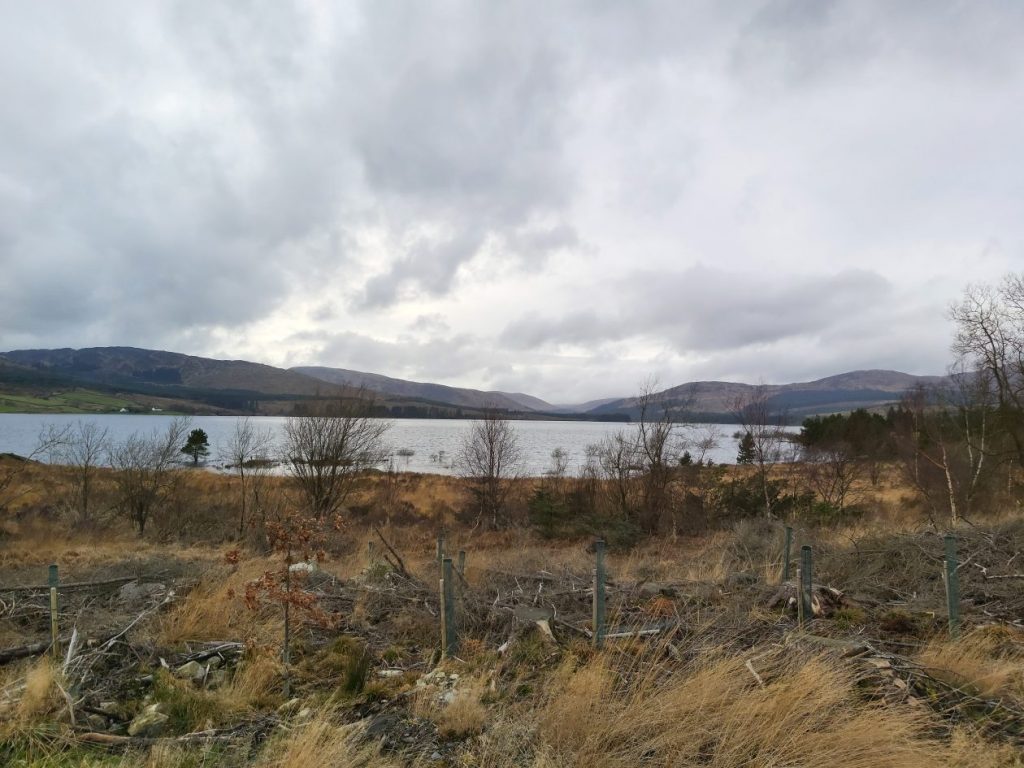 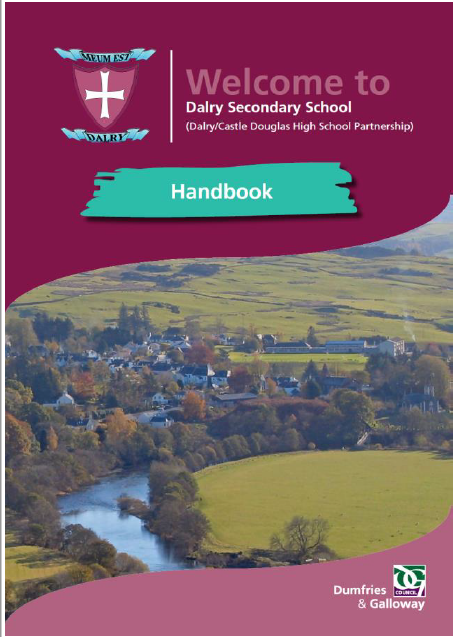 On Tuesday the 28th January, there will be a parent evening for prospective S1 students. Feel free to come along and look at the school, talk to the teachers and ask lots of questions. Staff will be available from 4:30 to 6pm. 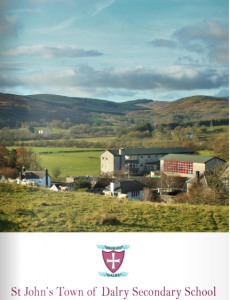 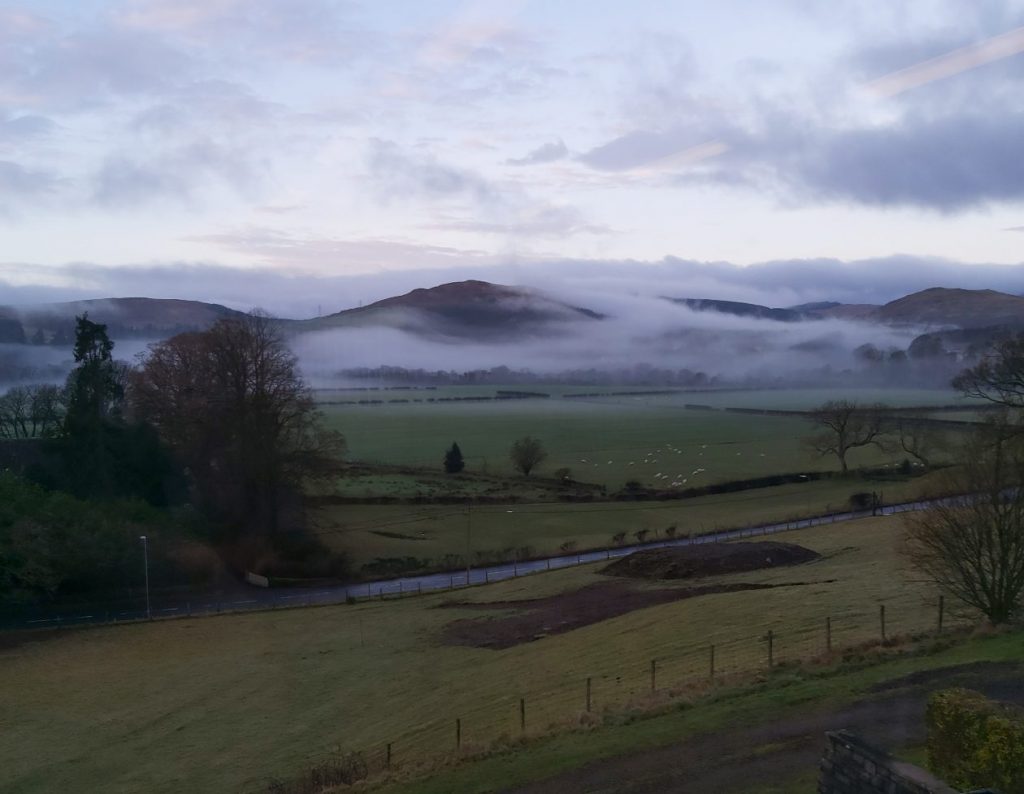 Dalry Secondary School has a W.A.A (Wednesday afternoon activities) group for the environment part of ASDAN. This group looks to improve their school and hopes that they can make the school more environmentally friendly. The pupils have plans to ask for more bins, plant more trees, pick up litter and more. The Pupils will be doing as much as they can to as much for the school and the ecosystem as they can. So far the group of 7 have: looked around the school for problems, brainstormed ideas for improvement, created posters, created this post and gotten useful information. We are undertaking 4-5 tasks in module 1, My Environment- Review and awareness raising, and plan to do the other modules soon. The other modules include: learning about the atmosphere, the urban environment, the natural environment and the wider environment. We will be taking action as soon as possible and hope that we can reduce the CO2 , plastic usage and the general problems in our environment.

Dalry Secondary put on a performance of TLC Creative’s Pantomime Cinderella in December.  This was a hugely entertaining evening for audience and performers alike.  Virtually everyone in the school was involved in the production in some way – acting; sound and lights; scenery and set design; publicity and marketing; front of house……even hoovering up glitter at the end!  We are very proud of what the pupils achieved – both in putting on the show and in their wider learning as part of the Dalry team! 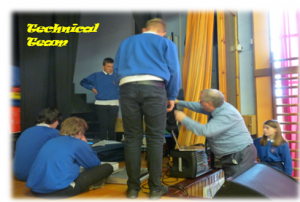 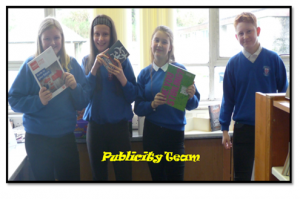 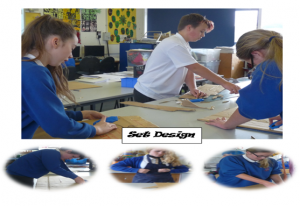 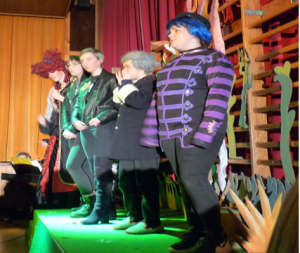