Gifts galore, Santa strolling past and Christmas lunch – what’s not to love ?!

Many thanks must go to Leswalt community association who have kindly provided a selection box for every pupil at school.
The children were delighted with the gift! 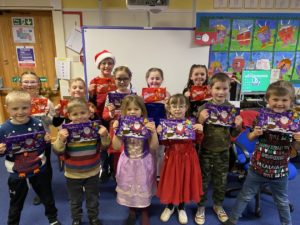 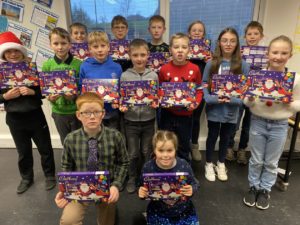 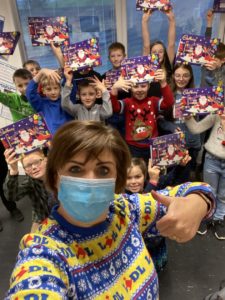 The boys and girls of leswalt have had some Christmas arts and crafts fun this week. Mini gingerbread houses, Christingles and Holly wreaths were all made with the Christmas tunes playing in the background !

Today the boys and girls of Leswalt primary gathered to wish a very special man and janitor a very happy retirement.

Dougie and his wife Denise were invited in for some memories, gifts and songs.

The boys and girls had all written their special memories of Mr Brawls in a scrapbook.  We all watched a video montage to remind Mr Brawls of the fun times he had with us at school.  Aidan and Faye brought in some “special juice” for him to enjoy.  Mark and Rachael brought a big cake for all to enjoy, from Simpsons the bakers. A well known Proclaimers and Abba song was re-written specially for our guest of honour.

Everyone had generously donated money – the Parent Council, parents and staff. This money was combined to get specially commissioned garden chair and table made for him – built out of whisky barrels.  This was made by “Wee dram barrel creations” and was engraved with his name and a message from us all at school.

The afternoon finished with all enjoying a wee pice of cake and having some banter with Mr Brawls.

We all would like to wish him a long, happy and healthy retirement.

He has been a star!

Click on the links below to see our tributes

All of Leswalt Primary have made it to Kirkcolm Primary for the first day of fun in the sun together.  They are enjoying the new surroundings and getting to know new friends.  Happy days ahead for all!

The parent council have been awarded £10,000 from Killgallioch Wind farm!  That is amazing.

This money recognised the efforts of the fundraising initiative started by Andrew in P7 and the subsequent efforts of others to provide additional funding in recent sponsored activities.

Many thanks must also go to Elaine Mc Gregor and Mags Agnew who have been working on this bid and promoting the fundraising.  The money will be for new playground equipment – including outdoor gym equipment and an outdoor classroom.

Well done to all pupils and parents for the part you have played in this – top teamwork!

Now we will have both a shiny new school and new playground to look forward to!

Many thanks must go to Mrs Richardson, Ivy Richardson and the team of helpers from p5-7 who over the last two Friday afternoons have set about the back garden area at school.

The willow dome was in great need of a lock down haircut – it had grown out of  control.  Have  a look at the wonderful transformation.

Many thanks to Mrs Richardson and her team for all of their hard work.

Mrs Baillie is looking forward to the hairdressers opening soon so she can have the same magical transformation……. 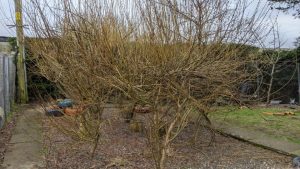 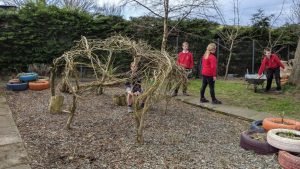 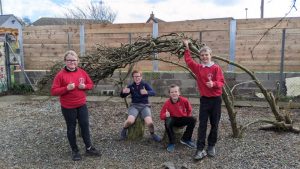 It’s been 9 long weeks since we last saw their little faces at school, and we were delighted to see so many happy smiling faces at the door of  Leswalt Primary on Monday morning.  It was P1-3’s first day back since the New Year – the building has been rather quiet without them!  They were all glad to see each other and be back with their friends.

We’re super happy to have P1-3 back with us at school and hope they all had a brilliant first day back – fingers crossed it’s not too much longer before P4-7 can join us on 15th March . 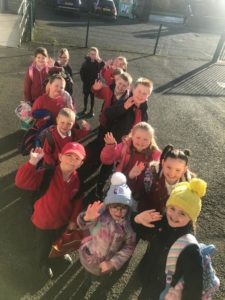 Lockdown 2021 meant that we could not have our usual in school Scots poetry focus as all learning was taking part at home.  But, this did not stop us!  Our in inaugural  North Rhins inter school Scots poetry competition took place on Friday 29th January and was judged  by local Burns enthusiast, Mr Alec Ross.

This event took place on Microsoft Teams, where everyone could see the beautiful handwriting and creative artwork.  Pupils recited their poems with gusto, over the internet.

Results were as follows –

Many thanks must go to all parents and carers at home for supporting the children in this.

And just like that the school year 2020 is over!

It has certainly been a roller-coaster – and we have all came out the other side smiling.

All the boys and girls left today with Christmas goodie bags to enjoy.

Wishing all a very merry Christmas and happy and healthy new year, from everyone at Leswalt Primary! 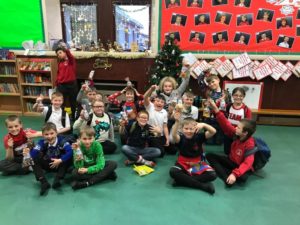 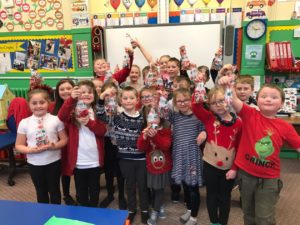