There is now a Promethean Storeroom on Glow.   This has been set up to help Scottish teachers find resources on Promethean Planet relevant to Scotland and A Curriculum for Excellence.

It can be found here: https://portal.glowscotland.org.uk/establishments/inverclydecouncil/Promethean%20Storeroom/default.aspx or by doing a search for Promethean Storeroom on the National Glow pages.

END_OF_DOCUMENT_TOKEN_TO_BE_REPLACED 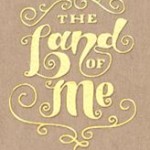 For those of you who missed out last session, there will be another opportunity to join us for a day in Inveraray to experience the Land of Me materials.   An email has already been sent to all schools enquiries addresses.   If you have any questions please get in touch with emer.flett@ea.argyll-bute.sch.uk

END_OF_DOCUMENT_TOKEN_TO_BE_REPLACED

Every so often a new website pops up that seems like a game-changer. I am completely bowled over by the online teaching resources and the underpinning approach of the Khan Academy. Their mission is to make quality teaching available to anyone, anywhere in the world and they have received 1.5 million dollars from the Gates Foundation to help them achieve it. Aimed at older learners, Secondary school and beyond, they are rapidly adding to a bank of virtual whiteboard lessons mainly on maths, sciences and the humanities, but the list of lessons is already huge and growing rapidly. If you are a Secondary teacher in any of these areas, you cannot miss this site, it shows how teaching can be shared worldwide.
http://www.khanacademy.org

Learning Technology is a range of communication, information and related technologies that can be used to support learning, teaching, and assessment.
ICT or “learning technologies” as they are increasingly being termed are at a turning point in Argyll and across Scotland.