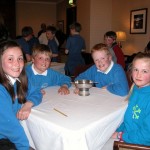 “Four p7 pupils from Taynuilt Primary won the Rotary Club’s annual p7 quiz which was held earlier this week in the Royal Hotel. The six teams who took part from local schools had to answer ten rounds of questions on subjects such as geography, famous people, logos and James Bond. There were many relatives, friends and teachers there to cheer on the teams in what was a fun evening for all. The Taynuilt team goes on to the final in Glasgow on May 20th.” 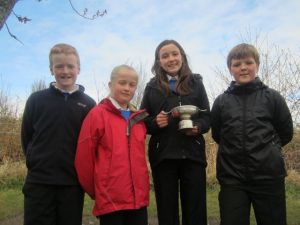