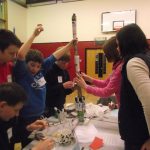 S1/2 students of Tobermory High School met for their latest RME Conference Day. The day’s theme was Ultimate Questions and involved a lot of deep thinking for students and staff. Listening to Johnny Nash the group reflected that there are indeed “more questions than answers” as they began the first task of the day which was to build a tower in their groups – the catch was they were allowed to communicate only by questions… Although all groups produced towers all admitted that the task had been very difficult, especially as there were time penalties when statements were made, in fact some students were reduced to silence and mime for some of the time.

Two senior students came to tell the group what makes a human being biologically and groups then tried to come up with what separates humans from animals, what indeed makes us human and to finish the morning they reflected on our human needs completing pyramids of human needs from our most basic needs for survival to what we think we need to make us happy.

Does God exist?
If God exists, why does He allow so much suffering in the world?
Why was the world created?
How big is the Universe?
Does the world benefit from humans living on it? 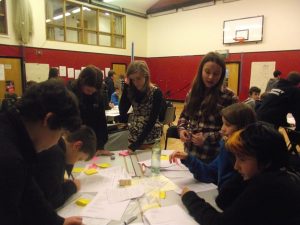 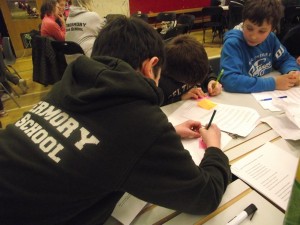 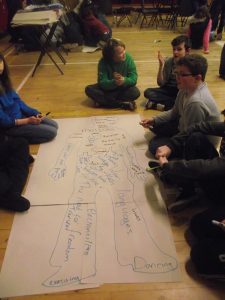