Senior pupils in Tarbert Academy took part in a Moral Conference at the end of October. This ‘Question Time’ style event found pupils asking questions about Scotland’s future, footballers’ wages, the issues surrounding foreign aid at a time of recession and current debates on marriage. Pupils achieved highly in setting questions, taking part in debate and listening sensitively to a wide variety of views. Anne Paterson praised the pupils highly – as did the panel members. Pupil feedback is highly positive regarding our Moral Conference. 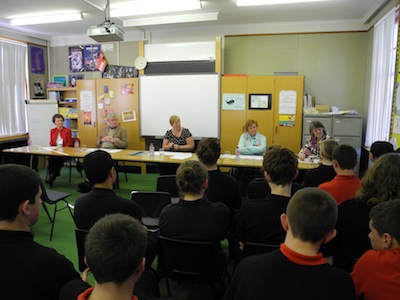