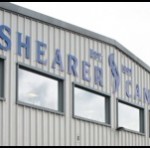 On Monday the 17th of September the 4xl group took a trip to Shearer’s Candles in Glasgow as part of their Enterprise Project.
The group were welcomed by Rosie who told them about the history of the company / factory and how it was developed. The group were then taken on a tour of the factory lead by Earkate who explained how the factory was run and explained the importance of health and safety within the factory. During the visit they had an opportunity to make their very own candles, which was a well received an enjoyable opportunity.

After the factory tour they went to the show room to look at the products. They have now purchased candles and candle holders.
The group will be selling candles at the Lochgilphead High School Christmas Fayre on Friday 7 December 2012 and will trade under the name ‘Candlescent’. 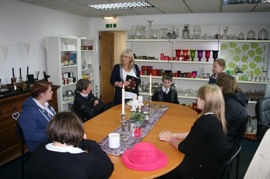 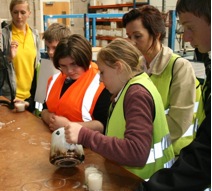