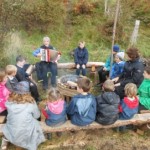 There was great excitement on Thursday when the children of Luing Primary used their fire pit for the first time.  The pit has been a major project worked on by all of the children, Clare the early level worker, with Jon and Watson two members of the Luing community.  The wood for the fire pit area was donated and prepared by the Forestry Commission.  The whole school community have been involved in a full risk assessment process before the fire was ignited.

The fire pit has an ancient cauldron in it that was donated by Annette in Toberonochy, thanks Annette.
Kyle

When we built the fire pit we had to do some very hard work. We had to work out how to move the big logs into the garden.
Kyle and Kurtis 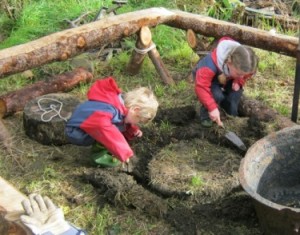 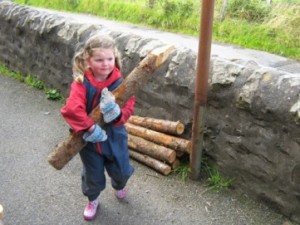 We made a fire pit over the past few weeks. We used it for the first time on Thursday 4th October. We had a great time eating scrumptious smores and marshmallows just after toasting them. Our music teacher Mr Robertson came and played his accordion and we all sang songs.
Duncan 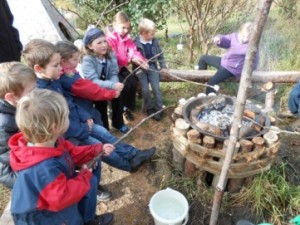