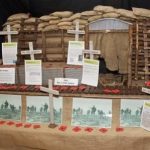 Helen Glennie, Ron Hetherington and Colonel Tim Sinclair came into give us a talk on Remembrance and showed us a display. Helen told us about some of the people who were from Seil, Easdale and Luing who died in World War 1. Tim told us about why we do remembrance and what it is for as well as why we wear poppies. Tim came in his uniform and told us about his medals and rank. 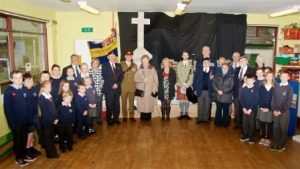 On the 11th we held our Remembrance Service in the hall. Local members of the British Legion joined us as well as some parents. They were able to view the display and children talked about those lost in the war. 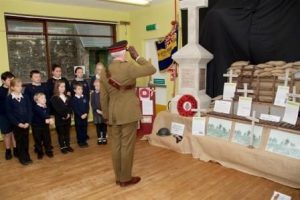 Then we had two minutes silence. Tim laid a wreath and pipes were played. Adults were then able to stay for tea and coffee after the service.