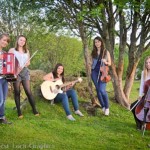 Na Seudan, the fantastic folk group made up of pupils from Tarbert Academy, recently performed as part of The Edinburgh Fringe. From the Ross Bandstand, in Princes St. Gardens and in the shadow of the castle, they gave a stunning 1 hour concert to festival visitors.

The group perform mainly Gaelic songs in unique arrangements as well as including many traditional folk tunes.

The group is supported by several parents and thank especially Susan Rhodes for her enthusiasm and drive as well as tireless musical direction and stunning new arrangements of all of the tunes. Also thanks to Dr. Neil MacDonald, a major contributor to Tarbert Academy over many years, for his tuition in Gaelic and singing: Neil has prepared many Tarbert pupils for national and local Mods. Thanks also to Tarbert Academy School Fund for covering travelling expenses to Edinburgh. 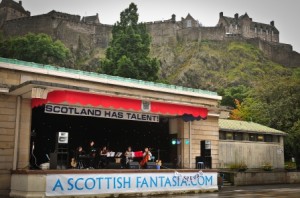 The group will next perform at the Mod on Mull and later in the year at The National Mod in Dunoon.