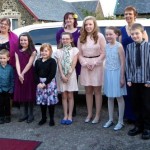 Furnace village hall was visited by some glittering film stars in the evening of Friday the 27th of March.

They arrived in style too, by Limousine!! This was a huge surprise to the children as the local youth club had arranged it and thankfully the parents had kept it a secret.

The children of Furnace Primary had written, acted and filmed a piece called “A Jar Full of Butterflies’, set in Medieval Scotland and filmed locally at Carnasserie Castle with a lot of help and support from Kilmartin House Museum. 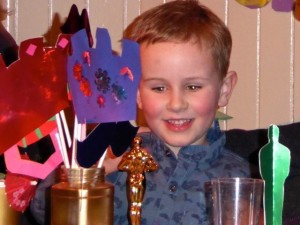 To celebrate the making of the film it was decided to hold an Oscar’s styled evening and everyone arrived dressed to the nines and joined their many fans in the village hall for the film’s premier. Afterwards everyone voted for the Oscar winners and then the presentations were made.

The DVD of the event is on sale for school funds.