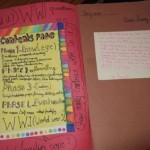 Dear Diary,
Day One
I’m looking forward to our Oscars award ceremony. I’m excited about making a film and I can’t wait to write a script and make props and backdrops because I love the thought of making a film as it’s something I’ve always wanted to do. I’m not really worried about anything. I think the thing that will challenge me most is writing WW1 style as I struggle to write about things that have already happened.

I also struggle to get into a character to write but overall I’m really excited about everything in each phase.

What I want to learn…
I’d like to know more about food in the trenches. I would also like to learn more about rationing and supplies.

Reflection
I have learned that life in the trenches is very organised and that the soldiers have lots of different jobs to do. I think the soldiers were quite bored a lot of the time because other than their chores they don’t have anything to do apart from smoke, sleep and eat. I think the most difficult part of their day would be if they got shouted at in inspections or if they got caught sleeping on duty at nigh time. My ideas about how soldiers spent their time were very wrong. I thought that the soldiers wouldn’t be in the trenches very much and they would mostly be out fighting. The thing that has surprised me most about the soldiers daily routine is that they have very little to do a lot of the time.

One month to go..
I feel really excited as I can’t wait to start making our film but I am very nervous because we have a whole film to make still. That means we have a LOT to do in the next month if we want our film to reach Hollywood. If we work as a team, if we work really hard, if we try our best then our film will be a huge success.

3 days to go…
I am feeling extremely excited for the Oscars, they’re not long away at all! Another reason I’m excited for the Oscars is because I’m assistant director and head of the costume team! I feel I have been given a huge responsibility and I never imagined I would be doing this at 11 years old!

Today’s the day!
Ecstatic, is how I’m feeling right now! To be honest I think that’s how everyone is feeling, even the teachers! All of the P7’s have been given a VERY important job to do. I am pointing out fire exits along with some other people. One other thing I am feeling excited about is watching everyone’s films and I think they will all be amazing, I wonder which films will win an award! Some films I am looking forward to seeing are P6’s and P3’s because I love the topics they are based on.

The morning after…
The Oscars were FABULOUS last night and I think everyone really enjoyed themselves. There was a great atmosphere and everyone was smiling and chatting, really having a good time. Amazingly, everyone showed up looking VERY glamorous indeed. Even the teachers made a massive effort and they all looked beautiful. I thought the films were all excellent. I’m really glad that we got to be involved with the Oscars and it was a superb last Christmas Concert to have. 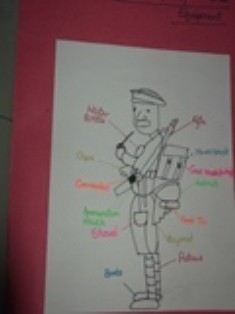 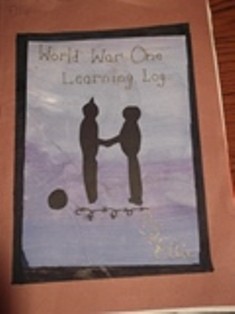 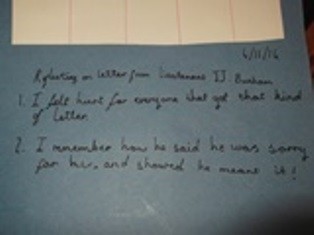 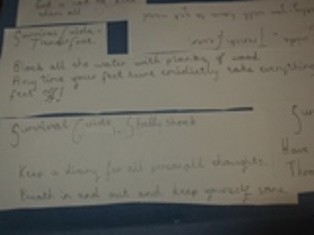 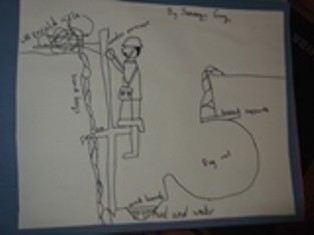 I am very excited about this topic (World War 1.) I would love to have a main role in the movie as I LOVE to act! When Mrs McMullan said ‘Remembrance Day’ I got very excited as I love the idea of it. I also think that the technology and science coming in ,as well as chemistry, is great because they will be challenging and fun!
Making a movie though… And I’ve always been interested in this kind of thing. I think writing a script will be incredible. AND SO WILL GOING TO THE OSCARS!
Reflection on the Trenches
Life in the trenches was brutal yet boring. They had a repetitive life for weeks, and it was manky. Rat infestations, Foot Diseases and no privacy…They must have been terrified! And most of them weren’t even trained!

One Month To Go…
I’m extremely nervous for the movie. We all feel like a film crew waiting to be famous and go to Hollywood! Excited, worried and scared and we don’t yet realise how much pressure we will be under being the top of the school and all of the responsibility will be on us. The night will be both amazing and frightening but we will see!

My Trip to the Library… 24/10/14
Today I went to the WW1 exhibition at the Helensburgh Library. I had lots of fun there and I would like to be a member for more access. We had a tour from Mrs Sharkey. The WW1 exhibition was fabulous and interesting. There were lots of old photos and facts about the war. I learnt loads and I got to read a small bit of a book.
We found some inspiration for our movie here today. We discovered a the story of a local soldier called Kenneth, who was soon to be wed to his girlfriend, however he had to go to war. His girlfriend kindly knitted him a scarf while he got her a locket that said in Latin ‘Never Forget’ with a picture of him inside. He died in battle and the scarf was sent back to his heartbroken girlfriend. I think this is heart-touching and that we should base our movie on it!

3 Days To Go…
3 DAYS TO GO! I can’t believe it! If a year ago someone said I would be directing a movie and releasing it at the Oscars I would probably laugh hysterically. The whole idea is very surreal and exciting; we are all bursting with excitement to not only see other children’s movies but to see OUR movie on a cinema screen! The teachers keep calling us stars which is boosting our confidence tremendously. Mrs Randall is getting very excited herself. Speaking for other children, we are beyond excited!!!

The Morning After…
After a month of hard work and non-stop effort we finished our movie and had a brilliant ceremony to celebrate the excellence of all the movies. Everyone showed up looking smart and classy, including the teachers!
It was so amazing how close it was to the real Oscars and we all felt like superstars! Our teachers were beyond proud and said our singing and acting was phenomenal!
We thought it was a great last concert for us as P7 and a perfect way to end up for Christmas Holidays. Thank you if you came and celebrated with us, we hope you enjoyed yourself and that you are convinced we should be in Hollywood!

1 thought on “‘A Night at the Oscars’…continued!”