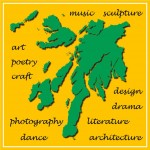 CAST is happy to announce that the following budding graphic novel creators have won prizes in the 2014 Argyll and Bute Writing Competition, supported by Scottish Book Trust. First prize is scooped by Ellie Grierson from Lochdonhead Primary, second place goes to Holli Wilson from Rhu Primary and third is awarded to Morvern Paisley from Clachan Primary. There were many, many high quality entries this year combining a love of language and poetry writing with some pretty special artwork. Thanks to all who took the time and effort to complete the task set by CAST and also to Scottish Book Trust for supporting us again in 2014. Click on the names below to see the winning entries: