Congratulations to Cardross Primary school who won the ‘judges choice award’ at this year’s UK Kodu Kup final.  Cardross is the first Scottish school to be invited to the UK final and they certainly represented Scotland well!  The pupils competed against 11 other schools from across the UK at Microsoft’s HQ in Reading.

To give a sense of the scale of their achievement, Microsoft estimates that 380,000 students have used Kodu in the UK this year.  Microsoft said “…the quality of the 160 games that were entered into the competition was outstanding and your games were voted the best by our judging panel.” 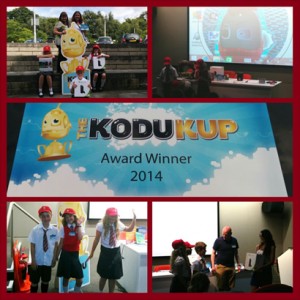 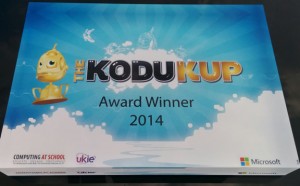