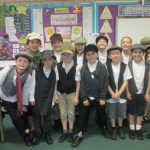 Staff, pupils, and parents were treated to a very enjoyable musical performance by Mrs Lind’s P5 class during their recent production of “Oliver’. The class had been studying ‘The Victorians’, and had spent several weeks working very hard to learn their songs and lines. Several children sang solo parts and were highly praised for their lovely singing voices – some stars of the future we think!

The narrators, workhouse boys and pickpockets impressed us all with their singing as they belted out their songs so enthusiastically, while the lead characters were very convincing with their super costumes and confident acting.
Well done to everyone, and many thanks to parents and families for supporting the children in learning their parts and for providing their costumes.
It was a lot of hard work but P5 agreed that it was worth every minute! 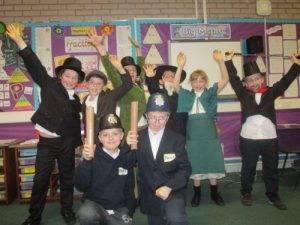 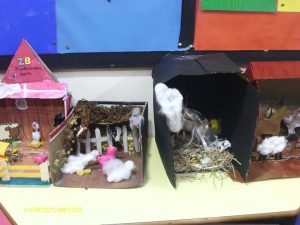