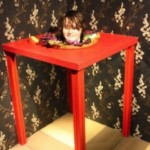 Pupils from Lochgilphead High School Princes Trust 3xl group spent 3 days in Edinburgh as part of their photography project. They stayed at the wonderfully equipped Forth Lodge based in Bonaly outdoor centre. The group visited the Camera Obscura to learn about different aspects of imagery, textures and optical illusions. There were 5 floors full of new and exciting interactive fun. The Camera Obscura advertises itself as the ‘eye in the sky’ Kieran McDonald of the group describes it as an early version of CCTV as people walking about Edinburgh are unaware that they are being watched.
After scaling the five flights of stairs to the top of the tower, the group were ushered in to a very small, dark cramped room to discover the wonderment of the 360 degree rooftop panorama views over the City of Edinburgh. There were even tricks to be played on unsuspecting members of the public, cars and buses, all done with pieces of paper.
After the live show and braving the cold to go out on the rooftop gallery the group then went on to explore the other 4 floors of wonderful historic tower which was packed full of mind boggling exhibits, amazing optical illusions, pictures, puzzles and special effects that the group interacted with. The mirror maze and the vortex tunnel were both a hit with the group, not so much with the leaders. Pictured is Kieran McDonald after a visit to Edinburgh Dungeons.
After the Camera Obscura visit the group spent the rest of the day walking up and down the Royal Mile taking many photographs of historic buildings, signs, textures, and concave views. They then went to the ‘Stills’ photographic museum to visit an exhibition on pin photography and the combination of imagery used in photography. The first exhibition was showing how any item could be utilised to take a picture from a biscuit tin to an old coke can. The second exhibition entitled ‘The Work in Progress’ series presented the photography of artists who employed such techniques as refraction, juxtaposition, montage and alternative photographic processes which challenge the viewer to read multiple images at one time.
The group were accompanied by Mrs Bernine White behavioural support teacher and Mr Raymond J Flanagan of the Youth Services Team who stated that once the group saw the enormous potential for photographing many different elements within the Royal Mile itself, they were all let loose with their camera’s and at the end of the day there were a lot of very interesting images taken. The group had a brilliant time and the time away allowed them to gel more together and work more closely as a team. 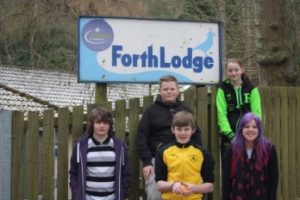 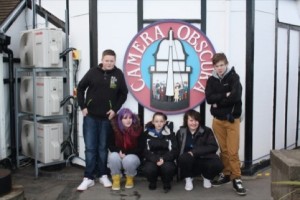 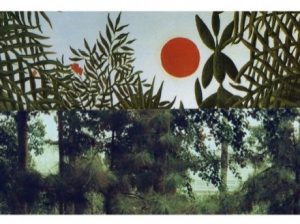 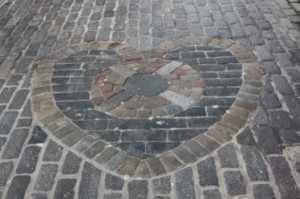 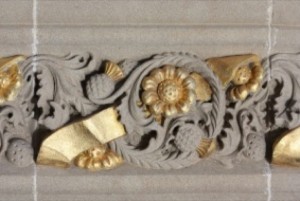