P4 are very excited about Red Nose Day tomorrow, Friday 13th March. We have been working SO hard! The Film Group have finished filming and editing their films. The Red Nose Group have sold out of red noses – that is a whopping 480 red noses they have sold in the past week! The Advertising Group have been busy with tannoy announcements, interviews, making posters and writing a letter to parents. The Fundraising Group organised the making of the picture bead funny faces and Loom Band jewellry and they are now selling the products around classes. They have also been collecting the entries for our competition to design Mr Taylor’s face. And finally, the Assembly Group have made a PowerPoint presentation and have been rehearsing for the big day tomorrow. Please remember to “Make Your Face Funny for Money” tomorrow and bring a donation for Comic Relief. Thank you for your support!

To celebrate Commonwealth Day ( 9th March 2015) there was a celebratory occasion arranged involving young people from local schools at the Civic Centre. The event was opened by the Provost, Councillor Tom Kerr.

They saw the raising of the Commonwealth Flag, listened to a fantastic performance from Howden St Andrew’s Primary School Choir and met lots of other children representing their own schools and Commonwealth Countries. The morning was finished off with a drink and a bite to eat as well as a photo shoot for the local news.

This year Primary 4 are responsible for planning and organising Red Nose Day as part of an enterprise topic. The big day is Friday 13th March so preparations are in full swing! We have split into teams with different responsibilities such as fund-raising, advertising and filming groups. As we work on this project we are developing skills in many areas such as teamwork, creativity, problem-solving, ICT and money management. Red noses are on sale for £1 – we will come around classes every morning to sell these. (We will also be selling loom band bracelets and funny faces next week – details to follow). The theme is “Make Your Face Funny for Money” so we invite you to come to school with a “funny” face on Friday 13th March and please bring a donation for this if you can. We are also holding a talent show during our assembly next week – each year group is invited to enter one “funny” act – so start rehearsing now!

The afternoon nursery have been part of a project that explores the impossible task and how young children deal with challenges. We have worked with Miss Clarke who is helping us explore these ideas. Miss Clarke is helped by ‘Pilot Bear’. Some ideas we have explored have been to do with our bodies: can we stand on one foot? Can we touch our noses with our tongue? Can we touch our elbow with our tongue?
Some children were able to do these! We then read ‘How To Catch A Star’ by Oliver Jeffers. This helped us think about the wider world and we came up with our own ideas for how we could blow away the clouds and how to poke the sun out of the sky. One pupil brought in a rocket to see if we could fly into the sky but sadly we all couldn’t fit into the rocket. The project continues with pupil taking Pilot Bear home to look at more impossible tasks.

P6 have been enjoying our new Europe topic! We are currently in the process of planning and writing our own ‘TV travel show’ in groups! Through the use of ICT we aim to produce an exciting show that teaches our friends about different countries in Europe! Many of us worked very hard on our homework research for our country and made some wonderful contributions to the task.
We would also like to say a huge ‘well done’ to Sean, Edan, Yasmin, Gregg and our ‘stand by’ Adam T for their dedication and hard work with preparations for the Euroquiz. We came 7th out of 19 schools from West Lothian!
In maths, we will be learning more about ‘division’, ‘time’ and ‘area and perimeter’ in the coming weeks. Of course, it goes without saying, that we should be practising our times tables every night as this is so important in ensuring we can move on with our number work and progress with our dividing and fractions! Well done to those of you who are practising; it most certainly shows during your maths activities!

We have had some exciting visitors to our nursery. All of our visitors were ‘people who help us’. We had a nurse, doctor and some firefighters. They told us about the jobs they need to do every day and ways that they help people. We have also had visits from some of our mummies with new babies as our family are also important people who help us. We decided to split our role play area into a hairdressers and a car garage. Our outdoor house became a pizza restaurant, where we made our own pizzas and used the bikes for delivery.

P7 were visited by Gavin who worked with us on the value of tolerance through a Scripture Union workshop. We discussed what tolerance means to us and how it is a value that is important both at school, at home and in the wider community. We also explored how this value is found in the Bible through looking at some Christian stories. We worked together to share our ideas and listen to those of others. We are really looking forward to the Primary 5 assembly on this value! 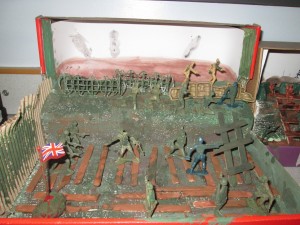 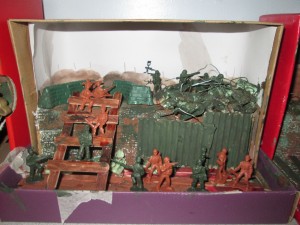 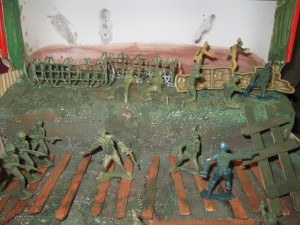 P6 completed their WW1 ‘shoebox trenches’ with great success! The results were fantastic and the process even more fun! Our technology skills were most definitely explored as we solved problems, constructed and worked collaboratively to create our trenches. We are very proud of them! We will continue to learn more about WW1 throughout the rest of the year; so far, learning about trench life has been very interesting and engaging!

Primary 6 made beautiful paper snowflakes this week. A lot of concentration and skill was involved, along with peer support! A lovely end of term technologies activity for us and a great opportunity for us to work together! Ask a member of P6 to show you how to make your own! 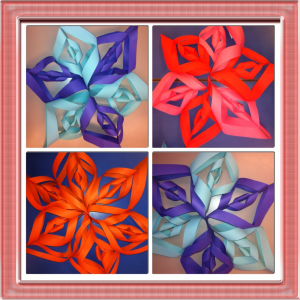