This week Primary 2 and Primary 2/1 have been investigating floating and sinking.  We were able to select objects from around the classroom and place them in the water to find out if they would float or sink.  Once we had selected our objects we would discuss our hypothesis giving reasons why we thought they would either float or sink.  We were able to determine that objects which had air in them and were made from plastic would float, if objects were made from metal they would sink, also we discovered the objects we used made from foam would float at first before sinking after soaking up some water.  We also discovered that it did not matter on the size of the object, it depended upon how heavy it was.

P2a even took their experiments outside with Mrs McNaughton to explore objects in the playground to see if they would float or sink!

Look out for our beautiful lighthouses making their way home with us.  We have been very creative bees and put our final touches to them, they look delightful.

We are having so much fun! 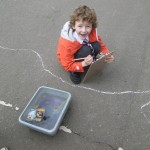 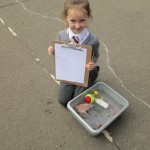 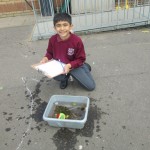 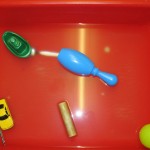 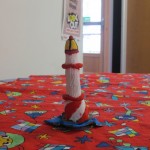 2 thoughts on “The Lighthouse Keeper’s Lunch”