We went to Old Scatness because we are learning about Early Man. We built a timeline jigsaw. We went to where they lived in prehistoric times. We played games that they used to play. Their were a fire in the house that the people cooked with the fire and light up the house. We tried the costumes they wore at the time. We looked at their stones that they used and the people’s art. They used stones to make the pictures. We went to Jarlshof to see more houses they lived in. We went inside the houses. We went on a balcony to look at other houses. We saw what they do in their homes in the museum. They had flour and they grind the flour. We looked at the information about how they lived and what they did at home and what they did. They had holes with bones and stones. They were holes with a door on top. We saw half of the broch. There was stones outside the lairds house because it was for the people that were lost at sea. 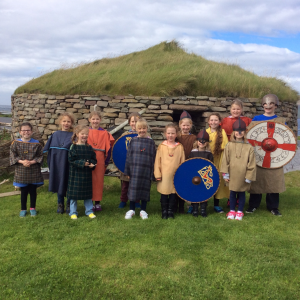 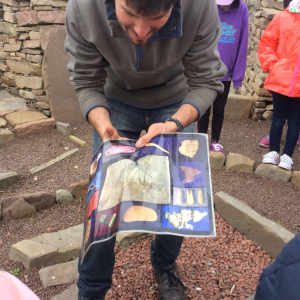 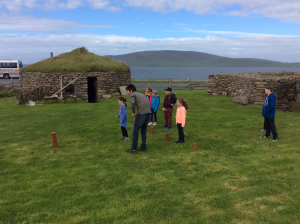 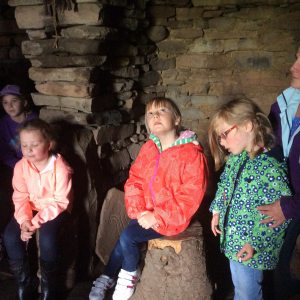