We started the dragon story on Thursday. The dragon story is a legend tale from Poland. We were learning about Poland. Here is my version of the story.

How The Legend of the Wawel Dragon Ended

The Wawel dragon was orange and fierce. The dragon scared the people in the country of Poland. Krak was trying to scare the dragon. Krak was giving the dragon a sheep filled with meat. Then the dragon ate the sheep. There was poison in the sheep which made the dragon sick. So he went to a pond and drunk the water in the pond. Then the dragon tried to breath fire but the only thing that came out his mouth was smoke and died. Than everyone cheered because they didn’t like the dragon so they were happy he was gone. 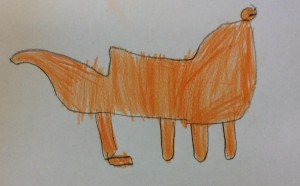