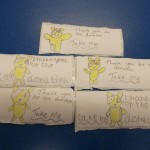 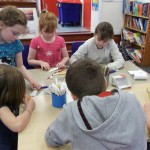 The next morning they had to take them out of the box and put them in bags and put the labels on the bags. When it was time for peace the chocolate biscuits that they made were all sold out.

By Mia and Abby.