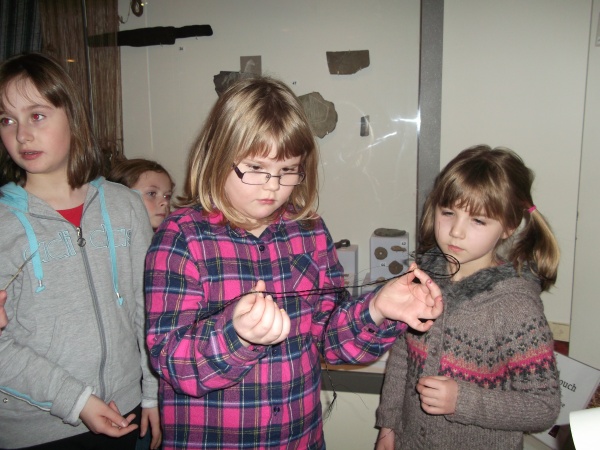 We went to the museum in Lerwick to learn about Vikings. First we learned about what crops they grow. They grow barley and flour seeds and they were good farmers. Vikings kept animals like cows, pigs and sheep they kept them for meat when they went old.  When they killed animals they made clothes with their fur to make cloaks, shoes and leggings. They were also good fishermen and mostly caught cod. If the invaders did not catch fish they stole other people’s food.