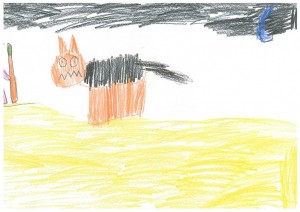 Zak in the desert