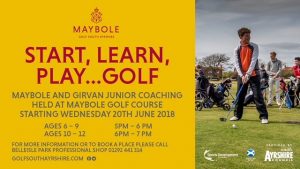 South Ayrshire Council is asking people what they think of proposals to change how new primary 1 pupils initially attend their school.

At the moment, they go to school for morning sessions only until the first Monday in September, however parents and carers say that a growing number of children are used to being in nursery part of the day, and for some the full day.

With this in mind, the Council is proposing that children starting Primary 1 in August 2018 attend school for the full day from the start of the new school term. As this is a change to what’s taken place in previous years, the Council wants to know what the public think of the proposal.

To have your say visit www.south-ayrshire.gov.uk/consultations and fill in the short survey before 11 May 2018.

Proposed amendments to admissions, transfer and placing request are available from www.south-ayrshire.gov.uk/consultations